10 Things You Never Want To Do With Your Guitar

It’s been a while since I’ve written something goofy, light-hearted, and dumb for the sheer kicks and giggles of it. As of this writing I’m bored and mentally drained, so I’m just gonna go nuts with a guide on the last things you would ever want to do with a guitar. The contents of this list range from downright stupid to oh-God-I-can-feel-my-braincells-dying dumb. Sound like fun yet? Good. Let’s rock.

Contrary to popular belief a guitar is not a part of a balanced breakfast. Since humans also lack the protozoa that termites have it will make eating your guitar even harder since we can’t properly digest the wood. If you have an acrylic guitar or a carbon guitar then the circumstances of proper digestion are different, but I can’t imagine it would be any easier or healthier to consume, so I advise against it.

Also not having a guitar to play doesn’t help. That’s no good.

Leave Your Guitar To File Your Taxes For You 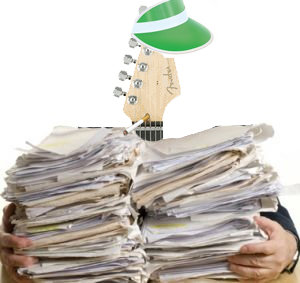 Nothing is going to get you an audit on your taxes faster than leaving your guitar to file them for you. Why’s that? Probably because your guitar won’t. You can tell it what you want, leave it alone for a few hours, come back, and it will have nothing but excuses for having not even gotten started. And don’t even think about just taking its word on everything. I’ve got audits from years past and I’m getting very impatient with this thing.

Use A Guitar As An Amp 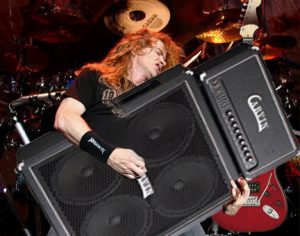 Swapping the roles between the guitar and an amp is downright ineffective. You can play the amp all you want, but the guitar will just never do anything besides feedback. It’s also very painful on your back to perform a live show while playing a 100 watt tube head and 4×12 cabinet. You’ll be needing a hoyer lift to get out of bed by time you’re 25 if you make a habit of doing this.

Use A Guitar As A Boomerang 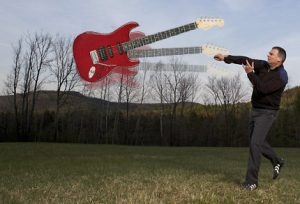 The aerodynamics of a guitar just don’t seem to have what it takes to come back whenever I throw it. Many a time in a juvenile fit of rage I hurdle my guitar across the room and immediately after the feeling of the silky finish escapes my sense of touch I regret the decision and pray it will change its mind and come back. It hasn’t yet.

Use A Guitar In A Fireplace 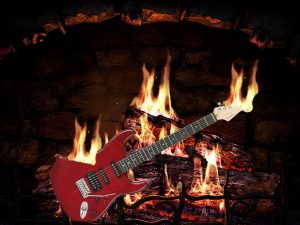 There are better things to put in the fireplace than a guitar. All those credit card applications and crummy ads that keep showing up in my mailbox, for example. Hell, I’ve got a bunch of tax audit notifications that have overstayed their welcome.

Send Your Guitar To Work For You 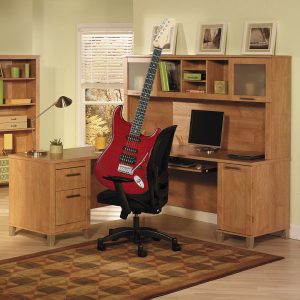 Having a job where you can just request someone else to come in and cover for you so you can take a day off is awesome. What isn’t awesome is when you send your guitar in and then you come in the next day only to find that not a single bit of work was done for you. Next thing you know your boss, at best, calls you into his office for a review. And that’s at best. They’ll start questioning everything at that point. “Oh why did you come in and bring your guitar here if you were calling in sick?” they’ll ask. “What was the point?” they’ll interrogate. It’s all bull and it’s not worth the trouble. Just past this idea up.

Use A Guitar For Demolition 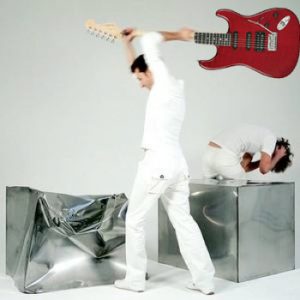 While smashing things with a guitar is awesome it’s ultimately a useless tool since it more often breaks before whatever you’re trying to demolish does. Next thing you know you’ve smashed through 10 guitars and you haven’t made a dent in the target. It gets to be a very expensively ineffective method. Just look at videos of dudes from the 80s and before. They’ll smash all they can, but all they end up doing is breaking a guitar. They should have brought their jackhammers instead.

Using Your Guitar As A Designated Driver

Ok. You’re sloshed. Totally tanked. You can’t even remember what you said two minutes ago, so by next morning everything prior to is undocumented history. But before you can miraculously wake up in your bed, or on the toilet (maybe even partially in the toilet), or on the front lawn you need to get to some vicinity of your home. Don’t leave that responsibility up to your guitar. You will end up anywhere but, and more than likely in a jail cell for the night. Next thing you know you’re in front of a judge explaining why ol’ Bessie was manning the wheel while you were sitting shotgun pissing your pants.

Cook Your Dinner On A Guitar 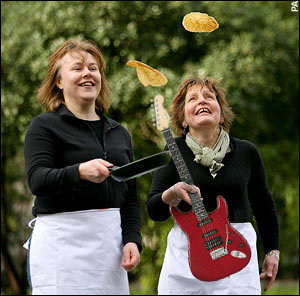 Guitars just don’t absorb heat like a frying pan does. Then the electronics go and melt and the plastic, metals, and solder end up mixing with your food and next thing you know your meal just tastes weird. It’s just no good. If you’re using an acoustic it would likely be better for soup, but the guitar will likely burn a hole through the body before you can heat the soup to temperature. Then it’s going to spill all over the stove and make a mess. Damn waste of some damn good soup.

Plugging A Guitar Directly Into The Wall Outlet 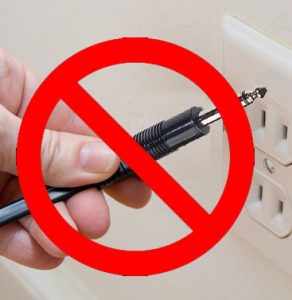 This one at first sounds like a good idea because you’re cutting the middle man that is the amp out of the picture and giving the guitar a full dose of electricity, but no. It’s actually a terrible idea… unless you’ve had a heated argument with your house as of late and you want to get it out of the picture as fast as possible.

There you go. A list of stupid for those that are into stupid. Next time I’m in the mood maybe I’ll make a list of stupid things that would be awesome to do with a guitar. In fact, having just written that I’ve already got some ideas. You can expect it now I’d say.