13 “Jazz” Books Every Guitarist Should Read (And Own) 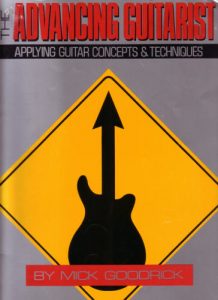 While there are a number of things that can’t be conveyed in book form very well (like aesthetics) you can get a lot of information from books. This year I’ve completed writing 3 guitar books and while the GuitArchitecture series is the byproduct of years of teaching and playing it’s also the product of years of study and research.

In this first post of a short series, I’m going to list a number of books that are off of many guitarists’ radar (but shouldn’t be).  Some of these books are not even specifically jazz per se , but I think are they’re really useful to any guitarist (and most will help other instrumentalists as well).   While by no means a complete list, this list of books will definitively get you going in the right direction.

1.    The Real Book (published by Hal Leonard).  To learn jazz you’re going to have to learn the repertoire and that means having a Real Book .  When I first got to Berklee, I knew nothing about Jazz – so when people said they were going to get together to play a bunch of tunes from the Real Book, I replied, “What the Hell does that mean?  I have 100 books with me and they’re all real!”

The Real Book is a large collection of tunes that have become Jazz standards. Back in the day, real books avoided publishing and copyright issues by being pirated photocopied editions of the tunes that were passed around between players.  Hal Leonard’s released a legal version you should be able to pick up almost anywhere.  If you’re playing guitar – just make sure you get a non transposed edition “in C” or plan on doing a lot of transposing!

(Note: check the link on the Hal Leonard site for multiple versions including one with tablature – which will get you laughed off many bandstand you might be on – so keep that one at home).

2.    The Charlie Parker Omnibook (published by Atlantic Music).  A collection of 60 heads and solos as played by the one and only Bird (Charlie Parker).  In any study of jazz, you should plan on learning and analyzing a lot of solos as well.  In addition to Bird, Miles (Davis) and (John) Coltrane there are dozens of other important jazz musicians that you can gain from as well.  2 examples of “rock” guitarists who drew substantial influence from jazz musicians would be Joe Satriani (who studied with Lennie Tristano) and Shawn Lane (a big Art Tatum fan, Shawn incorporated a number of Art’s rhythmic and melodic approaches into his lead playing).

3.    The Jazz Theory Book – Mark Levine (published by Sher Music Company).  It’s almost impossible to learn jazz from any book but this book comes the closest to pulling it off.   Geared toward pianists, The Jazz Theory Book is an incredible resource of information covering such areas as basic theory, improvisation, reharmonization, repertoire and more.  The concepts are explained clearly and use great examples to drive everything home.

4.    The Advancing Guitarist – Mick Goodrick (published by Hal Leonard).  In the introduction of this book, Mick says, “This is a do-it-yourself book. It’s not a method book.  You supply the method; you do it yourself”. But it’s the parameters that Mick offers that make this a great book.  Mick is one of deepest players on any instrument in any genre and that depth comes though in this volume.  The writing is lean but satisfying, profound and humorous all at the same time.  Imagine Zen Guitar with real musical examples (this was written years before Zen Guitar by the way) and you start to get an idea.  This book was completely iconoclastic in the guitar-publishing world of 1987 and authors are still catching up to it over 20 years later. Every serious guitarist I know owns a copy (or at least has read a copy) of this book.  It’s that important. (Note – Mick has a series under the name Mr. Good-chord that is an epic tackling of harmony and voice leading.  Definitely worth an investigation as well).

5.    Jazz Guitar Technique In 20 Weeks – Howard Roberts (Playback publishing – out of print).  Howard Roberts was one of the founders of Musician’s Institute and ran a column for years in Guitar Player magazine.  His methods are incredibly methodical and goal oriented, and this book brings all of his ideas together.  The project lessons are intense and time consuming but you will reap benefits from following them.  Definitely an intermediate level of playing and reading skill will be required to get through the chord forms as written – but this book is the jazz personal trainer that might just be your breakthrough.

6.    Creative Force – Pat Martino (Alfred Publishing).  The companion piece to Pat’s Creative Force DVD – this book details a number of Pat’s innovative approaches to chords and improvisation.  Pat’s work with symmetrical structures like Diminished and Augmented forms alone make this book a must-read.  If Pat does a clinic near you – he often distributes a pamphlet called, The Nature of Guitar that also covers a number of these ideas, but any instructional material from Pat is a must-read. (Note:  The print edition is selling for a ridiculous price you can get the DVD for $30 which has both books in PDF format and it’s a much better deal).

7.    Repository of Scales and Melodic Patterns – Yusef Lateef (published by Fana Music).   This book is deep!!!  Various etudes and patterns using numerous chordal, intervallic and non-western scales as launching points.  He also does things like take chords from Berg and Stravinsky pieces and breaks them down into extended melodic lines.  Not a lot of explanation – but a lot of music to play.  A number of sax players are always surprised when I mention that book – because many guitarists don’t know it, but (in my opinion) all of them should.

8.    An Improviser’s OS – Wayne Krantz (Self published – available at www.waynekrantz.com).  81 pages of gold.  Krantz covers thousands of scale formulas from 1 note to 11 notes and then a series of really useful instructions for how to make music with them.  This book is the closest on an heir to The Advancing Guitarist in theme and self-exploratory depth.

9.    Chord Chemistry – Ted Greene (Dale Zdnek Publications).  Really this could be any of Ted Greene’s books.  With more chords than you could ever possibly use – this book is great because it really shows insight into Ted’s methodology and how and why he uses things.  This is one of those books where you can pick it up go to nay page and find something cool that you can use in your own playing.  There’s been a lot of work since Ted’s passing on the tedgreene.com website and a number of his lessons have been pdf’d there.  It’s a site every player should bookmark.

10. The Guitarist’s Guide to Composing and Improvising – Jon Damian (published by Berklee Press).  One of the most in demand faculty at Berklee, stories of Jon teaching lessons where he and the student were improvising to things like newspaper stories are legion and this book is full of ideas and approaches that are as outside the box as they are grounded in music theory and expression.  While not a book for beginners – this is another deep resource that can help you break through to the next level.

11. Sheets of Sound For Guitar – Jack Zucker (was published by Mel Bay now available from Jack directly).  The subtitle says “Intermediate and Advanced Studies”  – and that’s no joke. This book is chock full of lines and ideas that have serious note density and musicality behind them. If it’s jazz soloing chops you’re after – this is the book for you.

12. Advanced Arpeggio/Scale Relationships – Jim Gleason and Dave Creamer (Published by RPM Guitar Method).  You might not recognize Dave Creamer’s name – but he’s played with Miles, and has an extensive teaching and gigging resume and people like Jason Becker studied with him.  Dave wrote a 12-tone improv article for Guitar Player that’s still one of the best articles they’ve ever published and while his 12-tone rows for metal guitar is out of print – this book can still be found.  Comprised of different arpeggios and the parent scales that they’re derived from it’s not the easiest book to get through on the list (Some of the notation charts are very confusing) but it covers chords, arpeggios and scales in a depth and approach that it’s probably informative to players at any level.

13. 21st Century Intervallic Designs– Joe Diorio (published by REH – Now Hal Leonard). This book just has some great sounding ideas and applications in it.  Looking at things intervalically could open whole new doors for you as well. (note: This book has been re-released under the title of  Intervallic Designs for Jazz Guitar: Ultramodern Sounds for Improvising.

I’ve tried to pick some (slightly) more obscure works and left a lot of great books off the list.  Like I said, this is no where near a comprehensive list – but it’s enough to get anyone who’s interested in improvising in this style started in some interesting directions.

Fantastic list. I have always found myself playing in a more interesting way after working through some of Jimmy Wybele’s material, even if I couldn’t nail it…

Great list. And I always thought I was moving ahead at lightning speed with my old Mickey Baker books… so much to learn.

Ughh…I can’t BELIEVE – I forgot this one:

Of course I’m biased – but I also think that: