Firstly, we’d like to thank you for being a Guitar-Muse reader – without you, this whole thing would be impossible, albeit much less work.

We hope 2011 was a great year for you as well, and that you didn’t end the year in a way that left you with a (too unmanageable) hangover.

How do you sum up a whole year of writing about guitars, gear and guitarists – dozens of great reviews, interviews and contests?

Randomly, of course. We didn’t set out to do it randomly, but when it came to choosing between this article or that one, at times, it did end up being “Oh, just pick one.”

2011 ended up being an outstanding year for Guitar-Muse, and we wanted to share some of the highlights of the year with you, chosen (at times, randomly) from over 700 articles we brought you in 2011.

So here are one or more stories from each month we’d like to highlight.

Snuggle up next to that toilet bowl with your beer from last night, and check these out:

Of course, at this time last year we were wrapping up 2010, and in 2010 we were mainly writing articles about specific guitars (the old “Guitar of the Day”).

So we prepared this list of guitars for you from 2010 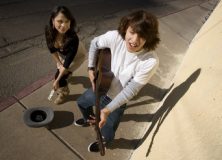 In February last year, among other things, we explored the plight of many musicians – money – and more specifically how to get the gear you need now, rather than later. 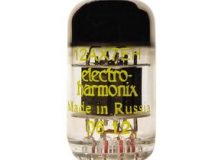 In May, Dave Willard gave us this incredibly concise, yet easy to understand report on tube amps – what makes them sound the way they do, and how it all happens. Plenty of detail while still being a manageable read. 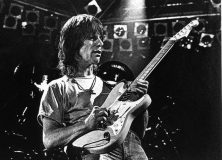 April found us extremely busy. We started the month off like everyone else, by pranking the people that trust us.

Also, we took a casual, yet insightful look at some of what makes Jeff Beck so magical and a few things guitarists can learn from him.

Dave was back in April as well, with a much appreciated article that we hope all cover bands had a chance to look at. Really.

In May, we took a bird’s eye view on the guitar an how it has changed, and a few often taken for granted, yet key innovations that changed it for the better.

We also had an opportunity to sit down and talk with Mike Matthews of EHX in may. He told us the Electro-Harmonix story from beginning to present day, and provided some perspective on his business views, and innovation concepts.

In June, Scott Collins sat down with Will Kennedy, a Berklee College Of Music Production and Engineering graduate, and current proprieter of Studio P. In the two interviews, Scott and Will talked in great detail about music production, bands, studio rates and time, the role of the producer, and much more. If you’re going into the studio with your band, these interviews will provide you with plenty to think about.

June of 2011 also brought us a killer interview with Tony MacAlpine, which coincided perfectly with the release of his new album. The album itself was one of the many topics, which also included 7 and 8 string guitars, amps, strings, recording, practicing and more!

We also had the pleasure of catching up with Cee Lo Green’s beautiful guitarist, Sharon Aguilar. She covered touring with Cee Lo, and more.

With all the interviews covering serious topics, you’d think we would forget to have some fun. Not us. We had a killer time soliciting and listening to the tunes you made with Google’s guitar – which was made on, and in honor of Les Paul’s birthday. It doesn’t look or play like a Les Paul, but we were surprised at some of the tunes some of you were able to get out of it. 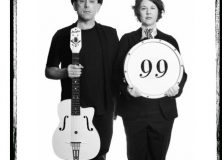 In July, we got a chance to talk to Joe Gore, regarding his current Mental 99 project, recording rigs, live rigs, pedals, his formal education, and more.

Also in July, Nicholas brought us a transcendent perspective on Mr. Rogers, his work ethic, and what guitarists can learn from his example. 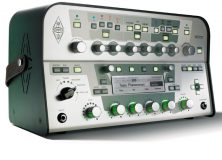 The music business can be rough, but some have had it rougher than others – and still they managed to accomplish great things. Nicholas took us on a journey where we met three such guitarists.

The Variax from Line 6 is a one of a kind beauty with a million sound possibilities. We had a chance in August to talk with the man behind this work of art, Rich Renken. He talked about modeling as a science and art, and everything from the design challenges to the realization of the final product.

Also in August, Oscar treated us to an interview with Scott Holiday, from the Rival Sons.

There’s been plenty of buzz about the Kemper Profiling Amp, and we were the first to bring you an interview with the man behind it, Christoph Kemper.

We talk about Paul Gilbert a lot – and not just because of his hair. Here Paul provides some extremely valuable tips on working melodies into rhythms.

August was probably the busiest month, as far as interviews at least. Oscar brought us this exciting interview with Greg Howe, which covered topics such as touring and recording, but focused mainly on composing. 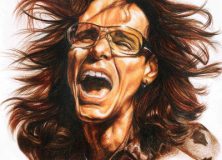 September of every year is Guitar-Muse’s birthday, and we celebrated by detailing what we’d been up to for the past year.

You’ve heard of the “Six Degrees Of Separation” – the basic idea being that everyone on the planet is at most six steps away from knowing any person on the earth. We took this idea, and applied it to Mr. Steve Vai, and found all the interesting people he has been in a band with, and then all those people, etc., and shoved it all into an easy to read info-graphic. Check it out:

Gibson will probably never forget 2011. Vintage Gibson owners probably won’t either. After being raided for the second time, seemingly with insubstantial evidence or cause, Gibson took on the Feds, head first, and the story just got more confusing as time went on. We tried to unravel it here. 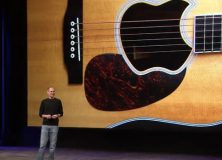 Back in October, we had a chance to talk with Rob Balducci, in an interview we split up into two parts to make sure we didn’t leave any of the crucial knowledge Rob has to offer.

We also took a look at the Gibson Melody Maker, in an image gallery depicting how the Melody Maker has evolved – and changed back, over the years.

The Smitchens was busy in October as well, carefully documenting his underwear in guitar form in this gallery. It’s not really as disturbing as it sounds – check it out!

In October of 2011, we lost a visionary that impacted almost everyone in one way or another, Steve Jobs. Nicholas took a look back at some of his quotes in this moving piece about one of the most fantastic, ambitious, and sometimes prophetic men we’ve known.

Scott Collins treats us to a lesson on how to practice with more melodic passages to improve your timing, tone, and hand tension. 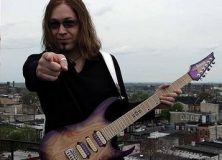 We talk so much about how guitars look and sound, and we talk about how amps sound – why not take a look at some amps that have more visually pleasing qualities as well?

In November, we finally coughed up the second half of Rob Balducci’s informative interview.

Dave reviewed the Aristocrat’s self-titled album – which later went on to become our #1 guitar album of 2011. 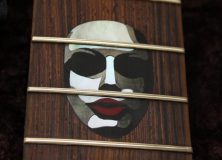 In December we focused a few image galleries on inlays and some of the independant luthiers who bring them to us.

In true holiday spirit, The Smitchens went Christmas shopping for his favorite guitarists. What do you get for a famous guitarist? Smitch didn’t have any problems coming up with ideas.

Well, that’s it. While we can’t say for certain that was the best of our work in 2011, it surely does give you an idea of the kinds of things we were writing about in this past year.

Now we look as we look forward to 2012, we can tell you we’ve got a lot of exciting stuff planned, and we can’t wait to bring it your way!