Just in case you thought that great guitarists are born with silver plectrums in their mouths and that fortune just showers them with luck and prosperity… try on this list for size. These three guys faced everything from house fires to permanent handicaps to demanding day jobs, but instead of making excuses, they made history. Read on! 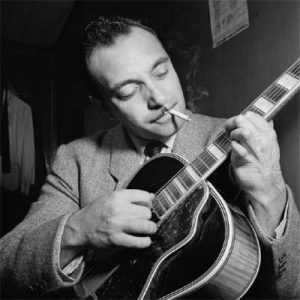 At 18 years old, having already become a professional musician, Gypsy-jazz pioneer Django Reinhardt was caught in a house fire. He burned over half the surface of his body.

It took him about a year to be able to even walk, and even then only with a cane. Among other things, he’d lost most use of the third and fourth fingers on his fretting hand.

Because those fingers weren’t fast or accurate enough, Django played his famous solos using only the two good fingers on his fretting hand. Two fingers! 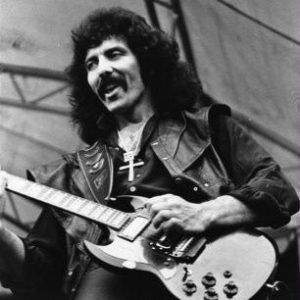 Long before Tony Iommi was the guitarist for Black Sabbath, he was a 17-year-old kid working in a sheet metal factory. He was basically on his way out the door–on his final day of work there, actually–when he lost much of his middle and ring fingers on his fretting hand in an accident.

Had he given up, who would’ve blamed him? A 17-year-old guitarist loses the tips of his fingers. Seems like a great excuse to give up, doesn’t it?

But Tony didn’t give up. He tried–and failed–to learn guitar using his right hand to fret. Finally he gave that up, threw some lighter strings on his guitar, and extended his shortened fingers using plastic that he melted down himself to create makeshift prosthetics. To make the guitar more manageable, he also had to drop his tuning from E to C# to reduce the string tension. Fortunately, this also made the guitar sound darker and more evil.

Ultimately, Tony and Black Sabbath created some of the most menacing music that had ever been heard in its time, and the band’s name has gone down in rock and roll history. Good thing Tony didn’t give up, eh? 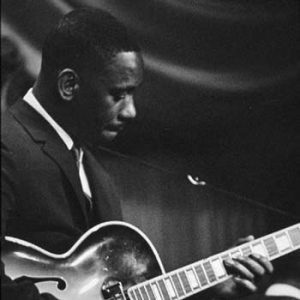 Of course not all limitations are as dramatic as staring at your own fingertips lying on the ground. There are plenty of circumstances that you and I face on a daily basis that can prevent us from playing in much more subtle ways.

For example, Wes Montgomery worked long hours and by the time he got home and had time to practice, his wife was sleeping. To prevent waking her, he played with his thumb instead of a pick–this infused his playing style with a soft, smooth sound. It also formed a callous that he could use to get a more biting tone when he needed it.

Those midnight practice sessions paid off: Wes Montgomery left behind a reputation as one of the world’s greatest guitarist; a true jazz legend.

Outro
Django could’ve pitied himself and found a new job. Instead, he made music that remains unique and exciting to this day.

Tony Iommi could have given up after losing his fingers. After his finger extensions failed him. After the lighter strings weren’t enough. Instead, he tuned low and made the earth shake.

Wes Montgomery could have let himself off the hook and skipped practice forever, seeing as how his wife was trying to sleep and all. But he persisted in practicing, and now he’s a jazz icon.

Anything that holds you back–physically or mentally–might actually end up being part of your musical fingerprint. Between losing fingers and losing motivation, losing motivation is much more disastrous to a guitarist’s career. Good luck out there!

It’s really true what you’re saying- the things that may seem to hold us back can actually be used to our advantage in the long run!