The Magnificent ’90s: Kevin Shields Of My Bloody Valentine

Is it just me, or do the ‘90s represent a significant gap in rock guitar history? The ‘60s, ‘70s, ‘80s, and even the ‘00s have their fair share of virtuosos, but when blues, metal and neoclassical died out and alternative rock began to rise, the concept of guitar heroism all but vanished.

There are numerous reasons for this, not least of which the lo-fi slacker-chic aesthetic that pervades ‘90s alternative music. Gone were the days of arena rock, when glam guitar gods wielded their axes in a dazzling show of dexterity. The reaction to this was a more subdued, internalized and much less histrionic style of playing that emphasized economy, creativity and innovation. 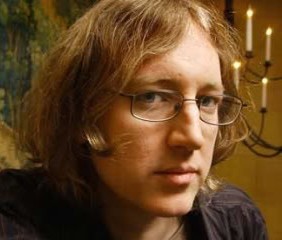 In this five-part segment, I’ll take a closer look at a few of the oft-overlooked guitarists of the ‘90s, who quietly helped to revolutionize the landscape of rock. First up: Kevin Shields of My Bloody Valentine.

At this point, it seems a bit silly to call Kevin Shields underrated. Though My Bloody Valentine may have been an underground band at one point, the information age has lifted them out of obscurity and lauded them with an almost comical slew of superlatives.

Nonetheless, while My Bloody Valentine the band is often discussed, Kevin Shields the guitarist is often not. And it’s a crying shame, when you consider what he was able to accomplish. Almost singlehandedly, Shields elevated Dave Conway’s ridiculously campy sideshow act into one of the greatest art rock bands of all time.

This becomes blatantly obvious when you notice the vast stylistic divide in My Bloody Valentine’s career. There’s the MBV of the early ‘80s, the Conway camp machine, which aspires to the loftiest levels of goofiness.

Then, upon Conway’s departure in late ‘80s, a new band emerges: one that retains some of the sunny sounds of pre-1987 MBV, but which begins to experiment both musically and lyrically, exploring darker themes and richer textures. By the time Isn’t Anything dropped in 1988, Shields’ woozy, insomnia-inspired guitar work and obsessively detailed production had taken hold of MBV’s music.

It wasn’t until 1991, however, that Shields delivered his masterstroke. To this day, Loveless remains a polarizing album, but even its detractors would be hard-pressed to deny the depth of its artfulness or the scope its influence.

The somewhat pejorative term of “shoegazer,” which was originally used to define MBV’s style of music, has come to mean someone with a Jazzmaster and twelve effects pedals in his rig that vainly attempts to replicate Shields’ playing style. But how did Shields achieve that style on the album? The impossibly dense wall of sound, the swirling tremolo effect and the endless waves of harmonics, more of which reveal themselves with each consecutive listen?

He pointed two JCM-800s toward each other and used the tremolo arm on his Jazzmaster.

To me, it’s this surprising minimalism of Shields’ original approach that makes the guitar work on Loveless so impressive. More than a guitarist, he’s an architect of sound, capable of crafting the most exquisite textures with few bells and whistles. Contrary to common belief, there aren’t even that many layers of guitar tracks on Loveless (that’s Billy Corgan’s game).

For live situations, MBV used extensive pedal boards because there was no other way to replicate the perfection that Shields had achieved on the album. Still, it was during performances that Shields’ guitar mastery truly shone. The band was renowned (or perhaps notorious) for extended jam sessions that just repeated the same riff over and over again. And the band reached such transcendental heights of loudness, such gritty depths of distortion, that eventually you’d start to hear things that they weren’t playing: shimmering harmonics that hung like specters above the tidal wave of feedback. 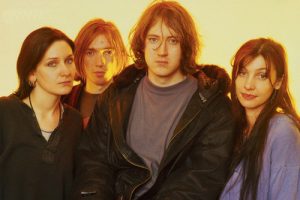 That may not be talent in the traditional sense, and it’s certainly not virtuosity. But with Loveless, Shields was able to unlock secrets of the guitar that no one has been able to imitate, and that none of us even completely understand. This unassuming oracle of heavy music opened the door to a completely new genre and simultaneously perfected it.

Call it shoegaze, dream pop or what you will – I call it genius. And that’s a hard act to follow.

No wonder he stopped after two albums.

All musicians are – by essential definition – ‘architects of sound’ so that is fairly vapid praise. That second quote also carries a rather unsavoury inducement : we are invited to gaze at the music with over-awed, slack-jawed wonder, like a 14th century serf beholding the Catholic Doctrine Of The Trinity; regarding it not a something inviting of real scrutiny, technical discussion or critique, but more akin to an indie-rock version of divine Neo-platonic enamation; to be spoken of in the hollow ‘lingua franca’ of purple prose and empty metaphor. Whatever happened to serious music writing and analysis? Oh, yeah.. of course; the new cultural middle-brow of Rolling Stone and Frankie Magazine are the new standard in musical editoral nowdays, dragging us all down in a race to the cultural bottom.

There was no real virtuoso guitar heros in the 90s?

Dimebag Darryl. Kirk Hammett–most people only got on board with Metallica post-Black album. Tom Morello. Billy Corgan–live in the SD or MATIS period was like one long solo. Mike McCready of Pearl Jam soloing like Hendrix. John Fruciante. Slash–most of what we now think of Slash as iconic for is in the UYI period–aka the 90s. In the UK — John Squire was considered the last guitar hero. He was/is pretty good.

Aside from Eddie Van Halen, there is no ’80s’ guitarist that can mix it with any of these for iconic virtuosity. And it is the 00s that is totally lacking. Like–WHO?

The 90s were amazing.