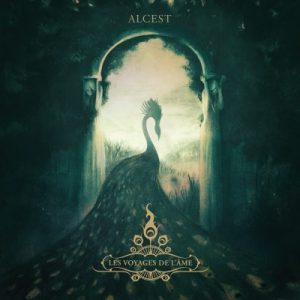 Given the extreme nature of black metal, it’s no surprise that its fans are prone to extreme reactions. For proof, look no further than the recent post-black metal phenomenon, represented by bands like Wolves in the Throne Room, Caïna and Altar of Plagues. While some have praised these bands’ willingness to take black metal in bold new directions, most of the metal community reviles them as pretentious hipster garbage.

Post-black metal is no less polarizing abroad, particularly in countries with thriving black metal scenes. Alcest frontman Neige hails from France, whose tremendous underground community came to life in the late ‘80s courtesy of Les Légions Noires. Neige earned his black metal stripes in this scene, playing with such luminaries as Mortifera and the infamous Peste Noire.

Amidst these contributions, Neige began to develop his own unique brand of black metal in his solo project, Alcest. As early as 2001, in the Tristesse Hivernale demo, we hear fragments of the fusion of shoegaze and black metal (often dubbed “blackgaze”) that would later become his signature.

With each subsequent album, Neige tweaked and perfected his vision of black metal. Souvenirs d’un Autre Monde is a surprisingly sunny and pastoral affair, while Écailles de Lune explores the frostier side of blackgaze.

In Les Voyages de l’Âme, Alcest marries these two approaches, alternating between dark and light in a way that befits his seemingly contradictory musical influences. The album opener, “Autre Temps,” floats with purpose in a buoyant 3/4, before transitioning into the cold and heavy “Là où Naissent les Couleurs Nouvelles.”

One of the key similarities between black metal and shoegaze is the idea of hidden melodies. One rarely hears a guitar solo in either genre. Instead, melodic ideas are often concealed within thick waves of distortion. Neige has proven himself adept at this technique in previous Alcest releases. In Écailles de Lune, hidden melodies are an essential component of the album’s mystical quality.

In Les Voyages de l’Âme, however, the production is clearer, and the melodies further forward in the mix. This complements Alcest’s newfound emphasis on coherence rather than atmosphere. Each song in Les Voyages is lucid, cohesive and brimming with silvery melodies.

Thematically, Alcest has always eschewed black metal clichés in favor of nostalgia and natural beauty. Neige usually sings about dreams and fantasy, especially an ethereal “fairy land” from his childhood. (You can see why the black metal community has mixed feelings about this guy.)

While Neige often communicates these themes through his lyrics, Les Voyages de l’Âme carries the message musically. Black metal is a distant memory in the album, heard only in the occasional dissonant chord progression or tremolo passage. Most of the vocals in the album are clean, with Neige’s wistful voice drifting above dreamy riffs. “Faiseurs de Mondes,” the one song to prominently feature screamed vocals and diminished chords, melts into a graceful instrumental passage toward the end.

Traditionalists will likely see Les Voyages de l’Âme as Alcest’s most disappointing effort yet. But if it’s conventional black metal you’re after, you’re looking in the wrong place. Neige has never been concerned with genre, least of all with Alcest. And if Les Voyages seems too progressive, too strange, or too different – well, plenty of folks would’ve said the same thing about Emperor 20 years ago.