Antonello Giliberto is an Italian guitarist who plays the guitar free from the encumbrances of limitations. From speedy rhythm guitars to blistering sweeps to dark and atmospheric melodies Giliberto has whipped and spun his classical and metal influences into his debut album The Mansion of Lost Souls.

The Mansion of Lost Souls 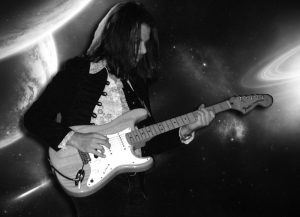 Let’s get right into the music. The Mansion of Lost Souls is Antonello Giliberto’s debut album. It doesn’t take long into the album to find out it’s a high-speed neoclassical metal album with strong baroque techniques found in much of Bach’s music merged with the modernized styles of Malmsteen. The album features 12 instrumental tracks, most of which are technically proficient and filled with dark melodies and progressions that appropriately build a mood that match the album’s title. Along the way there are a few classical guitar songs to balance things out a bit and offer a touch of serenity to the intensity.

Don’t get me wrong though. While speedy sweeps like the title track’s intro and catchy thrash riffs like the album opener “Equinox” play a strong role through the album I wouldn’t preemptively call it a one-trick-dog. The album by no means plows through in flurries of 1/32 notes. Rather the tasteful notation makes the melodies all the more effective against the strong rhythm guitars.

I’m guessing there wasn’t much on the album Giliberto didn’t do himself from playing all the guitars and probably the bass to programming the drums. The production is satisfying to my ears. It’s plenty clear enough to hear all the guitars, but there’s just a touch of grittiness that avoids an overproduced sound.

If you want a short summary it’s great stuff.  Highly recommended if you’ve got a thing for classical music and high-speed metal.  Or you can give this video a watch and see what you think for yourself. 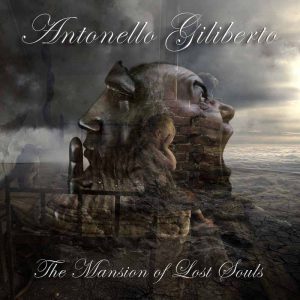 So with such technical proficiency backing this neoclassical speedster there must be some interesting back story detailing how he got where he is. Born and raised in Sicily, Italy, Antonello Giliberto’s budding years as a guitarist were destined to lead to the music we hear today from back when he’d first heard Johann Sebastian Bach, as evidenced by the heavy baroque styled melodies. But Bach was merely the catalyst for the classical music that would encompass both his listening material and his style of playing. That classical influence was expanded on by the modernized techniques of one Yngwie Malmsteen as well. What neoclassical shredder is complete without a touch of Yngwie, who was a catalyst himself that led to influences from guitarists like Tony MacAlpine, Vinnie Moore, and Jason Becker?

Giliberto’s study of the guitar began at a young age, though it was expanded upon in 1992 when he studied under Alfredo D’Urso, and later taken to the next level when he’d enrolled in the esteemed Sicilian Guitar Academy – a respected academy that specializes in modern guitar styles. He had earned two degrees in fusion guitar before joining the Academy as a teacher himself. In 2006 through 2009 and again in 2011 he attended the European Summer Campus where he studied courses held by a wide variety of guitarists including Allan Holdsworth, Paul Gilbert, Greg Howe, Guthrie Govan, Greg Koch, and Andy Timmons to name but a few. 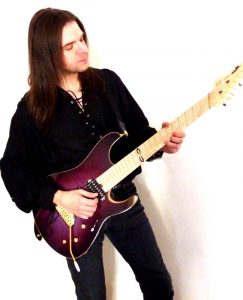 And that’s just the proverbial iceberg’s tip on just how much training Giliberto’s subjected himself to. With a guitarist like Antonello Giliberto you can really tell through his seamless maneuvers on the guitar that he’s devoted himself to learning as much as he can. The world can’t have enough guitarists with that kind of devotion.

You can learn more about Antonello Giliberto and buy The Mansion of Lost Souls on his official web site.