In light of a series of live gigs coming up, I realized I needed to replace the nylon string guitars I liquidated in my last cross country move. Since using my Tam Hiep at several gigs reminded me of what a pain feedback could be, I decided to keep an eye out for an acoustic/electric that met my live needs. While visiting family in Roanoke, Virginia this Thanksgiving, I had the chance to stop in at a really cool guitar store called Fret Mill and came across a Chinese made Antonio Hermosa AH-50 acoustic electric nylon string guitar which played well and sounded good with an acoustic guitar amplifier. Unfortunately, I wasn’t sure that I could get the guitar home in one piece on the double prop plane I was taking back, so I made a mental note and put it on my to do list when I got back to New York. Amazon had a listing of $319 and a street price of $237, so (utilizing the Prime free shipping option) I took a chance and had it sent to me.

The guitar has the following features: 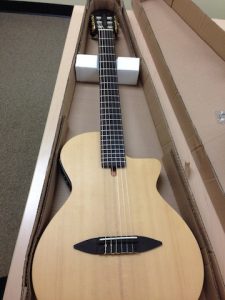 The AH-50 arrived in a double box with a protective covering sheet, a 9-volt battery and an allen wrench for adjusting the truss rod enclosed.

This review initially didn’t start well as the guitar was sent with very high action and some sloppy fret work. 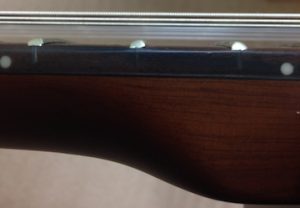 Additionally, the neck pocket (a critical element of tone) wasn’t fit properly and you could see daylight between the neck and the body. 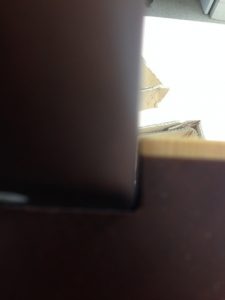 The critical downfall of the first model sent to me however was that the intonation on the b-string was off by almost a ½ step. On electric this can entail making a minor adjustment like moving an individual saddle, but on an acoustic this can be a costly repair. Fortunately, I was able to return it to Amazon with no issue and they sent out a second model with none of the issues found on the first guitar.

The main caveat is that quality control appears to be an issue. Even in the model I ended up keeping, some of the work is pretty sloppy (as can be seen with the routing job on the electronic control cavity): 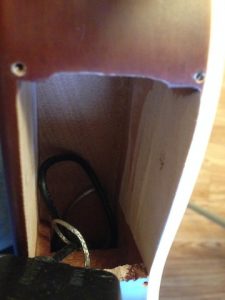 Some imperfections in the body and finish were also found, but nothing egregious in a budget guitar. Since the imperfections are barely noticeable and aren’t functional at all it’s not a big deal for me.

I was much happier with the second guitar that was sent. While it’s substantially quieter than a traditional nylon string guitar when played unplugged, the AH-50 sustains for a long time (I counted 12 seconds on an open low E string). Its chambered body reduces weight and helps in project the acoustic tone of the instrument. Despite the plastic nut and saddle (which I’m not a fan of) the acoustic tone is surprisingly warm. 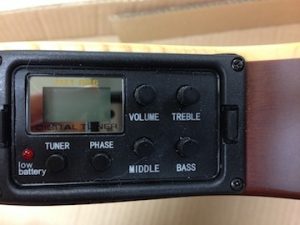 The LED tuner is easy to see on stage and the tuner works well. The 3 EQ controls and volume were noise free and the plugged in tone was very similar to a Yamaha silent guitar.

The thin neck is something that should be very comfortable for most electric guitar players (who comprise the demographic I imagine the AH-50 is designed for) but acoustic nylon string players (such as classical or flamenco guitarists) might find it too small for comfort. The tuners are an inexpensive version of a traditional classical three-in-line style. While some users complained that they felt cheap they still seem to be holding tuning on the D’Addario strings it shipped with well for me.

It’s mind boggling to me that a solid topped electro acoustic guitar can sell for under $250 in the US. The guitar I ended up with had a reasonable set up right out of the box and a pleasant acoustic and electric tone. As with any new guitar, you should expect to have it set up professionally (and I would argue that spending the money to have a bone nut and saddle on the instrument would make it sound even better), but if you’re an electric player looking for a nylon string you can adapt to quickly, it’s really hard to imagine a better deal.

And with that, the AH-50 wins my award for budget guitar of the year.

I just ordered one,, hoping to NOT be disapointed !

you can always return it to amazon if it’s not up to snuff and for the price it’s hard to beat.

Was looking at this guitar cause I love the sound of nylon strings. For my money a guitar’s usefulness hinges on the quality of the neck/frets. Most anything else can be fixed but, a bad fret job or ( as my friend Reese use to say) a “sprung” neck is a death sentence to me. The price is really great, but I’m afraid to pull the trigger cause of the neck issues.