April in Review: Guitar Things we Mused Over 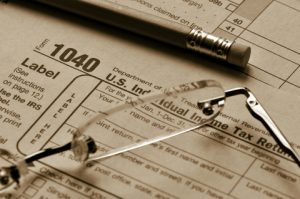 While everyone was doing taxes last month, or enjoying the fresh warmth outside, we were quietly writing about guitars, lessons, tips, and great guitarists.

It was a particularly fun month, because we’ve finally rounded out our team of writers, and things sort of took off in a dozen different (and great) directions.

We had two giveaways in April (one of which is still going on), the Line 6 POD HD300, and 6 months free access to Guitar Master Class online.

For May, we have another really big one in the works, but you might not see it till late May or Early June. But it will be worth the wait – I promise 🙂

Here are a bunch of the stories from April. There was so much good stuff that I finally had to stop adding them to the list.

We started the month off by “Giving away” Steve Vai’s Evo Jem. The real thing. Really.

Fortunately, the Po-Po’s never showed up at our doorstep.

Steve Krantz gave us a detailed review about his 72 Fender Deluxe Telecaster Reissue:

Adam Jazairi introduced you (possibly) to 5 guitarists you should check out:

The Smitchens had a really strange guitar lesson, which held some lessons we can all learn from:

Doug Ullinger shared thoughts on 11 guitarists and their unique styles:

We took a look at some Jeff Beck magic – along with two videos:

Sometimes The Smitchens just has to rant a little. We just let him.

Nicholas Tozier shed some light on barre and jazz chords, along with some of his soon to be famous (I’m sure of it!) hand drawn charts. Where else can you get that?

Doug reminded us that keeping it simple can make it great:

Nicholas wrote about a great man who just loved the guitar:

Nicholas also gave us a history on fuzz stomp boxes:

Dave Willard gave ME a new experience – actually being a bit nervous about posting a story. But we didn’t get any death threats or hate mail, and it’s a killer article where he pretty much calls it like he sees it!