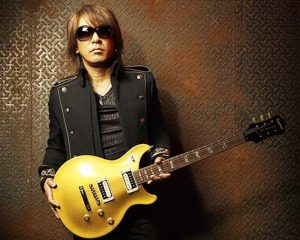 Tak Matsumoto is a Japan-born guitar virtuoso, producer, and song writer favoring the styles of jazz, blues, rock, metal, and classical to name a few. He has been highly praised and received many an accolade for his works including a Grammy for the Best Pop Instrumental Album for the 2010 album Take Your Pick. On top of that he was voted as the best guitarist to represent Japan.

Matsumoto’s been heavily active in the music industry beginning as a session musician which exposed him to the various styles that would make the amalgam that is his style. As the times rolled into the 80s he began his solo project alongside his established session career. In 1988 his first album Thousand Wave was released as well as his other band B’z with their debut self titled album.

With his rock band B’z alone he has released 18 albums and 5 Eps. Alongside that his solo project has dished out 13 albums making him a bar-setter for being busy. Speaking of albums Tak has released, just recently his newest entitled Strings of My Soul. Written and produced by Matsumoto himself with the assistance of Paul Brown and Robert Williams. 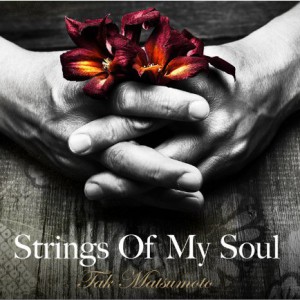 Strings of My Soul Tracklist:

Like many other guitarists in the industry Matsumoto has routinely embraced an array of gear in that ongoing quest to find that sound. From the mid 80s up through the mid 90s he primarily played his signature Yamaha MGM, MGM-II, and MGM-III guitars before switching over to Music Man for a while.

Since then he’s formed an elegant bond with Gibson that has yielded several signature models.

Fun Fact: Tak Matsumoto became the first Asian to receive his own signature Les Paul in 1999 and he still holds that title to himself to this day. Adding on to that thought he has since acquired several signature models, the newest of which was just recently unveiled. The Tak Matsumoto Double Cutaway Custom.

The Double Cutaway features an unchambered mahogany body with a run of the mill plain maple top, and a mahogany neck and a Richlight fretboard. The Richlight fretboard is a a cellulose fiber and phenolic resin and offers itself as an ebony alternative.

The guitar sounds off like it’s got a pair with the Burstbucker #2 and the Burstbucker #3 in the neck and bridge positions respectively. Both are made with Alnico V magnets wound with 42-AWG enamel-coated wire. It runs through a three-way toggle switch to designated volume controls and a master tone control. For a dash of class it has a gold plated ABR bridge, stop bar tailpiece, tuners, and Schaller straplocks.

Other gear he’s been known to play includes Martin C-7 and 000-18 acoustics, Fender Teles and Strats, and SGs. His amps include Mesa Boogie Dual Rectifiers, the Marshall JCM, the Peavey 5150, and the 5150II.

For a sample of Matsumoto’s might here’s a video of him jamming with Larry Carlton. Like medieval food tasters that sample their king’s dish for poison, I have subjected myself to this before unleashing it unto you all. In a worst case scenario I can at least promise you won’t be poisoned from hearing this, but in a best case scenario you can just send me emails thanking me for showing you something as bad ass as this.