Chris Cornell – Thank You For Everything 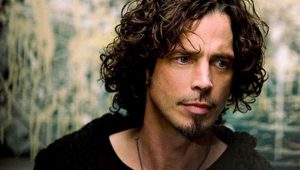 Along with the rest of you, I was pretty shocked to hear about Chris Cornell’s untimely (and tragic) passing.

But since I’m a few days late on this, I just want to go in a different direction. Yeah, the whole thing is crazy, and unexpected and all that, and there are plenty of theories and unresolved questions to talk about, I just want to say a few things to the man, Chris Cornell, or maybe his family – I just want to recognize the good things we had when Chris was around.

Pleasantly Surprised at how many people loved him w/o SoundGarden

This remark doesn’t come from any lack of confidence in his music – although I get that’s what it sounds like. Let me explain. I guess almost everyone knows the “singer from SoundGarden”. But I didn’t think that this many people knew him by name – I didn’t know that this many people had his solo albums. I guess I thought that I was part of a small club, full of people who had all his solo stuff and really appreciated his more personal music.

This is more of a rekindling of my faith in those people, more than him. I always knew he was awesome. And it makes me really happy to know so many other people were digging his music with me.

I live in Utah, and on the day he died, I saw a billboard on the highway. I almost pulled over. It showed Chris standing there with his guitar on a sparse background, in a spotlight, and it just said his name, and his birth date, and his death date. In Utah! Hours after the news hit. It really was a magical moment and it made me happy that someone bought a billboard (it was the digital kind) and had that put up so quickly. It really was a super tribute.

So one of the first things I’d thank Chris for, would be all the personal music. It’s not easy to share that side of you with the world. As someone who is working on his first solo EP, I know this first hand. There’s no band to hide behind. It’s you, your words, your guitar, your music. You have to stand behind it – own it all.

He was so good at this. He was extremely talented at writing stuff that made you feel like you had a chance to get inside his head. And you’d recognize things that were similar to the inside of your head – and your heart.

In a way, this made you feel better, and maybe even braver.

So, thanks for that, Chris.

Thanks for that voice!

Yeah. Everyone knows what I am talking about here. Chris’s voice was beyond incredible. It was unique and varied. If you haven’t heard songs like “Wave Goodbye”, “When I’m Down”, etc, you really need to check these gems out. Amazing stuff. So, thanks for letting that voice loose in this world!

Thanks for all the grunge

You could say that Chris helped start the grunge movement, and you can definitely say that he shaped it, he bettered it, and moved it forward. He inspired so many musicians – a fact that’s driven home by how many of them are speaking up in the past few days. He did a lot of work for music in general, and especially for grunge.

Thanks for the inspiration

Chris Cornell was inspiring, both in his music and his work ethic. His music drove me to do so much more songwriting, and made me want to make better music. A select handful of musicians have had this impact on me, and he’s in that small club.

If you’re younger, and you haven’t looked into Chris’s entire catalog, I encourage you to do so. Get inspired, he makes it pretty easy!

It’s hard to believe that folks that are currently in their teens weren’t even alive when SoundGarden was first tearing it up. I think the best tribute to Mr. Cornell would be to get more people to hear his music, so if you love it, share it.

It’s been a sad week, but we also have to celebrate the good he brought us, and this is just my personal, probably incomplete list. Whatever is on your list of favorite things that Chris Cornell has brought the world, be sure to celebrate it some, and share it!