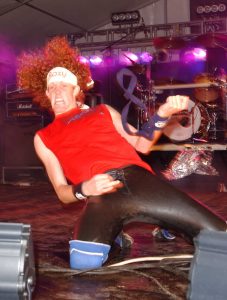 2011 US Air Guitar Championship On Tour

Alright. The Air Guitar Championship is touring the country as we speak. Bummer we’re a bit late on this as they’ve already finished two locations, but hey. They’ve still got plenty more air guitaring to go.
So, the tour began on the 12th of this month and is running up through to July 23, where the finals will be held in Chicago. What happens after that? All winners in the regional competitions compete at the finals. The winner there gets a free trip to Finland where the World freaking Air Guitar Championship is held. What a beefy title that is.

After you choose the wood of your guitar and your neck, you need to consider
what hardware you will give this monster instrument, as well as what finish you
will place on the guitar. Hardware and finishes are the representation of your guitar.