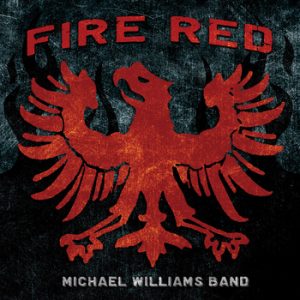 Michael Williams. He comes from Texas, plays gritty guitar, sings like a chain smoker, and belts the kind of blues that would make his late father, blues singer Larry “Junior Medlow” Williams proud. His second album is called Fire Red and it’s saturated with the kind of burning gut level stuff that has been missing from blues music for a long time.