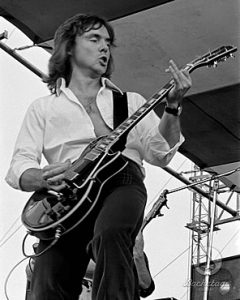 Rock guitar legend Ronnie Montrose just passed away on March 3rd of 2012 at the age of 64 due to unfortunate complications from prostate cancer. He had been a prominent guitar figure since the 1970s up through 2012 with a musical career that spanned an expansive solo project including 14 albums spanning 16 years and four albums with the band Gamma.