DIY: Power and Signal Cabling For Your Pedal Board Part 2

In Part One, we modified a repair plug from the hardware store into the power connection for our pedal board. Now, let’s get it wired and installed. The indemnification paragraph is still in effect. 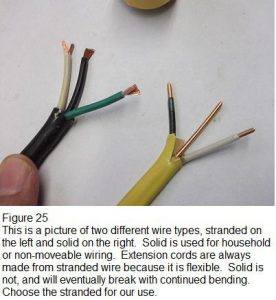 Whenever you make something that will be portable and involves electricity, always opt for the flexible stranded wire. Stranded wire is more flexible and will withstand the punishment that any portable item will be subjected to. A decision to use solid copper wire instead will come back to haunt you. 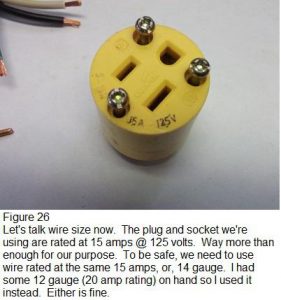 Figure 26 shows the rating on the socket for this set, highlighted in black. (Hmm – looks more like J5A but it really is 15A). This socket not only requires a 3-prong plug, but is also polarized as well. The two slots are not the same size – small for the “hot” and large for the “neutral” – so the plug would only fit one way. 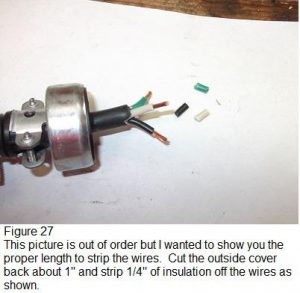 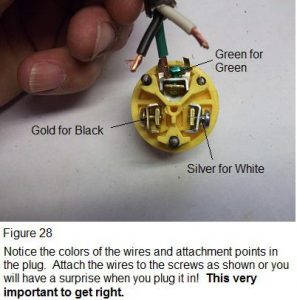 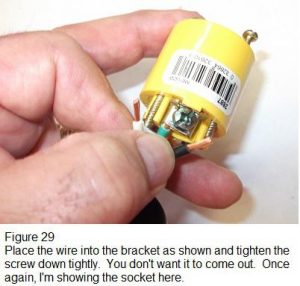 Figure 29 shows the socket but you are wiring the plug. The connection method is exactly the same for both the plug and the socket.
Keep the insulation out of the bracket as shown in figure 29. You want connection with the wire, not the insulation. 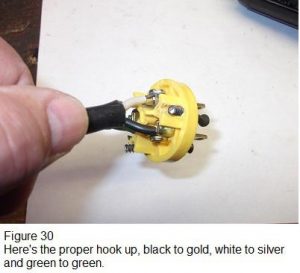 Figure 30 shows the plug attachments, and the proper hookup. 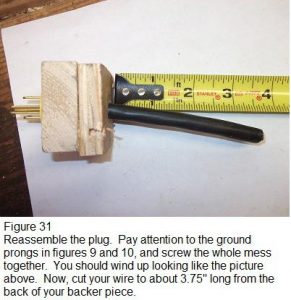 In figure 31, I have the plug buttoned up and inserted into my spacer and screwed to the backer with the wire already cut. If you aren’t at this point, close up your plug as you were shown in Part One, cut your wire 3.5″ to 4″ long and insert the whole thing into your wood pieces so you have a assembly that looks like figure 31. 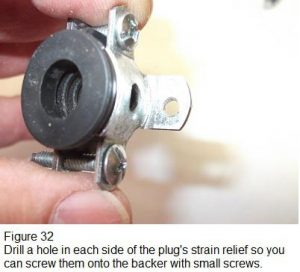 We need to install the strain relief on the wire, but the rear of the metal plug body is no longer accessible. Drill a hole into each side of the strain relief bracket that used to fit into the back of the plug backer. Use a small screw to hold the bracket to the wood backer. 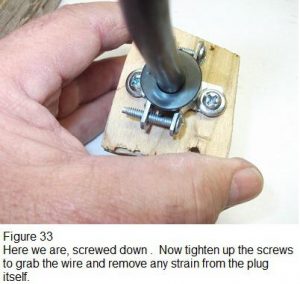 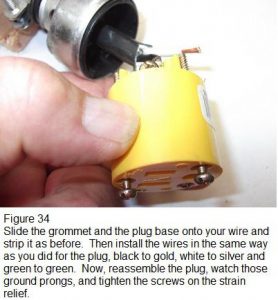 Figure 34 shows the assembly of the socket. Strip the wire as shown in figure 27, slide the grommet and the socket base on over the wire, then hook up the wires as you did for the plug. Reassemble the socket and tighten up the strain relief. 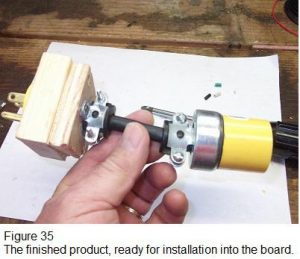 You should now be holding an assembly like figure 35.

If you have the room, you could cut the plug end off a power strip and give yourself several sockets. Just cut it short and use it as the wire to the plug. 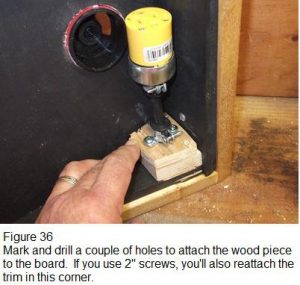 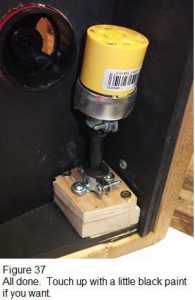 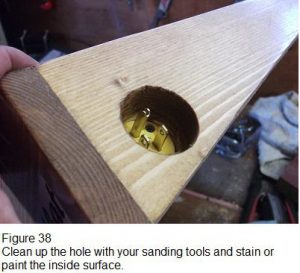 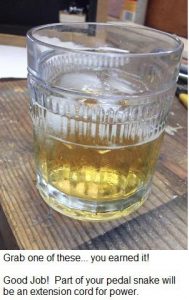 Congratulations… you just added power to your pedal board!

In the next installment, Part 3, we’ll make some wiring that will allow you to leave your pedals plugged in all the time while you plug your guitar into the board and the board into your amp.