DOD Is Back, With Two Classic Pedals – Phasor 201 And The Overdrive Preamp 250

DOD opened the doors in 1974 – named after its founder and head engineer, David Oreste Di Francesco. After creating some of the most popular and sought after pedals around, David sold the company to Harman International.

You might know Harman for some of their other brands, such as AKG, Infinity, JBL, Lexicon, DigiTech, and many more.

Back in the day, the DOD pedals gained some hardcore fans who insist that they can’t get that sound from any other pedal. The discontinued ones are hard – if not impossible to find, especially those made in the late 70’s and early 80’s.

Until now, the only consoling fact for DOD fans was that DigiTech makes some of DOD’s most popular pedals available, but there are two pedals available now that bear the DOD name.

These two pedals will only be available for a short time, so if you want one (or both!) you might want to act quickly!

Of course it’s still DigiTech / Harmon at the drawing board here, and these aren’t exact duplicates or reissues. Digitech has taken a more practical approach, in the words of Digitech’s marketing manager, “We’re redefining what each pedal should do, and building those pedals.” They haven’t taken anything away, they’ve just added a few new features and cranked up the volume a little. 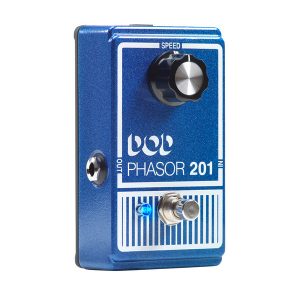 The new functionality this incredibly simple, one knob pedal brings to the table consists of true bypass, a power supply input, and a new paint job. The knob still controls the speed of the very memorable analog phaser sound. 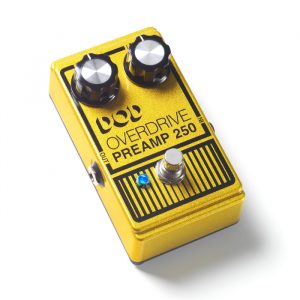 Again, some new features are the same – true bypass and 9 volt power supply. It retains its ability to push an amplifier over the edge into dirty distorty-land – but you’re going to notice that it’s a lot clearer and more powerful, thanks to a higher output level.

You can control all that power with the familiar gain and level knobs.

Both pedals are a bit lighter, thanks to their new aluminum casing, and they’re both sporting pretty new blue LEDs.

Promo Video for the Overdrive Preamp 250