Ethan Brosh Talks About The Upcoming Tour With Yngwie 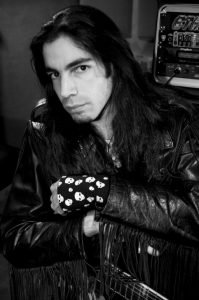 A surprise phone call on a Friday night began an experience that would change the next two months of Ethan Brosh’s life. It’s an experience that he says has turned his life upside-down – but for the best possible reason: a month long tour with Yngwie Malmsteen.

For a guitarist, there isn’t a much better reason to reschedule everything in your life and push yourself even harder to be at your best. For Ethan, this means changes to the activities of two (very different) bands, a new album that’s on the brink of release, and an active teaching schedule.

The new album, which has been in the works for two years, includes Dave Ellefson on bass, and was mixed by Max Norman, who produced Ozzy’s first three albums, and many of Megadeth’s biggest classic albums. Max took a vacation from retirement to get the project done.

Rounding off this team of insanely talented guitarist, legendary metal bassist, and phenomenal producer, is Bob Ludwig – one of the most brilliant mastering engineers around. With that kind of talent, this album is sure to be one of the most amazing guitar albums we’ve heard in a long time.

If you get out to catch Yngwie and Ethan on this tour, you’ll get to hear a lot of material from this new album, and you’ll also get to grab a pre-release copy – but that’s exclusive to the folks that show up at the shows. 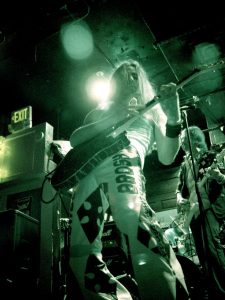 The Yngwie tour begins on April 24th, in Cleveland, Ohio – at the House Of Blues. Preparation for this tour is a lot of work for Ethan, and when we asked him what suprised him the most about prep work for a tour of this scale, he had this to say:

“What surprised me about getting ready is the amount of work there is to do and how slowly things progress. It was nice to see how supportive most people around me are although I feel like since I got this opportunity, Most of the prep falls on me and it can get pretty stressful. The other surprise is the fact I don’t get to play guitar AT ALL! Not a very good thing when you’re about to go right before Yngwie on a whole tour!”

Ethan has called this his “biggest professional challenge yet”:

“Yngwie is one of the biggest rock guitar player legends of all time. To go on right before him every single night after traveling so many miles is a challenge. Yngwie is one of my all time favorite players and for a good reason, He really is the king of what he does. I don’t want to go out there and be some lame opening act, I have to show that I’m really up there playing and performing wise. And NOT another guy that is trying to sound like Yngwie. I will also have fans that are going to be there and I don’t want to let them down. And a lot of people who don’t know who I am are going to be there and I have a lot to prove to them, Especially since they will be coming to see Yngwie.”

Ethan will be bringing two bands with him for the tour – one being his instrumental band, and the other is Burning Heat:

“I have two original projects, One being my instrumental band and the other being Burning Heat which is a straight ahead rock n roll band, The likes of which we don’t see anymore. I feel like both bands deserve the exposure and I feel like they’re both my babies…I find the instrumental stuff very challenging, With Burning Heat I can be a little bit more relaxed and really have fun with it rocking out the songs. I feel like our songs are well written and I’m curious to see the reaction to them and see if we got something going on here.” 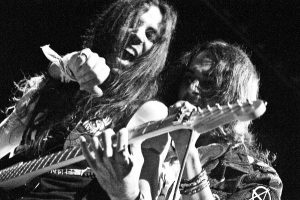 Ethan also told us a little bit about the gear he’s bringing along:

“ISP Technologies are building me a smoking hot rig! I’m excited about it! It’s based on the yet to be released Theta preamp pedal which I’ll be the first one to play with. We just finished working out all the routing details etc. Can’t wait to play this rig in all these venues! The Theta preamp is really the best distortion tone I’ve ever heard! Every guitar player should have one! I also have a couple of new wireless units from NADY Systems that work absolutely great!”

Joining Ethan on the tour will be his sister, Nili Brosh – another fabulous guitarist we’ve been following. In an interview back in 2011, Ethan mentioned that “the day would come …” when he and Nili might tour together. We asked if he ever imagined that it would be something like a tour with Yngwie.

“Nili had played in my instrumental group before she had moved to California so it just made sense…I don’t have to worry about Nili getting all the parts down just like the record so that works well. I definitely didn’t expect an Yngwie tour at all but I was hoping for one. It’s one of those things you think about and feel like it may happen in the far future if you’re lucky, Then it actually happens and your life has a new reality.”

Nili also had to move her schedule around quite a bit – she’s a teacher as well, plus she is in the middle of recording her own second album. She told us that she has rescheduled everything on her end, and is preparing as well.

“I had to move the scheduling of my album recording sessions and teaching around, but that is what I would have to do with any tour, regardless of how much notice there is. It’s a good reason to have to pause whatever else I’m doing! Other than the obvious reason of opening for a guitar player who was an early influence of mine – not to mention a living legend, I’m excited about the fact that it will be my first large-scale US tour. It’s exciting to know that the audience is primed for old school metal/shred, and so I think Ethan’s music will be well-received. On top of that, I’m looking forward to playing nice venues and some good sounding rooms that I like to see shows in as well. ”

“If anyone out there knows about a huge 80s metal act that needs a guitar player, I am ready to go!”

This tour will be a great opportunity for new fans to get to experience Ethan Brosh and his music, as well as a chance for his current fans to have a listen to new material and a full scale Ethan Brosh show. Ethan is grateful for the opportunity and obviously looking forward to the experience.

“Everything about this is exciting. I’m looking forward to meeting many new people on the road and have lots of experiences that will turn to unforgettable memories. I would also like to thank everyone who supports what I’m doing and supports my music. It always meant a great deal to me and always will. For that I’m always grateful.”