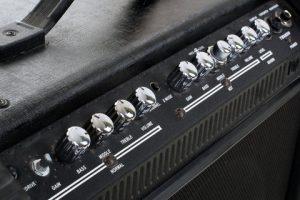 You plug in your guitar to wail on the opening lick of your first song–and no sound comes out.

You blink and reach down to turn the volume knob on your guitar… but no, it’s already on 11, right where you want it. You check your instrument cable. Yep, connected. The little red light on your amp’s dashboard is glowing, and its knobs are in all the right places. Uhhh…

There’s nothing like feeling a roomful of eyes on your back as you scratch your head and try to figure out what’s broken.

If you gig on any regular basis, this will probably happen to you eventually. Maybe not tonight, maybe not for years–but eventually.

Amps and guitars that’ve worked effortlessly every night for years will die or go on strike without notice. Unfortunately for we mere mortals who don’t have full-time guitar techs, there’s no roadside service to swoop in and spot you.

We can’t foresee and prevent every mishap, but the good news is that simple maintenance can give your rig the best possible chance of purring along without problems.

Take your guitar to a good repairman now and then to get it intonated and inspected. If your amplifier starts making any humming or buzzing noises that aren’t caused by instrument cables, get it looked at by somebody qualified right away.

Finally, this may seem obvious, but–no matter what you saw Iggy Pop do on Youtube–don’t throw your gear around unless it’s truly expendable to you. Show it respect. Play nice, and your gear will play nice.

Gig Disaster #2: You Break a String

There’s no good reason you should be silenced by something as silly as a snapped string, a lost pick, or a dead battery. Small items wear out and go missing all the time. Plan for it! What’d you think that little compartment in your hardshell case was for?

Pro tip: if you do drop your pick and need to retrieve it from the stage floor, go way down on your knees like Spinal Tap’s guitarist, make a dramatic guitar face, and grab it while nobody’s watching.

Tearaway pants add extra flair to this gesture, but I guess those are a matter of personal taste.

I’ve suffered at least a half-dozen nervous breakdowns onstage over the years, and I’ve finally learned something vital about stage fright:

Stage fright itself can’t ruin a gig unless you let the fear freak you out.

If you view it from the right perspective, stage fright is just a perfectly normal biological reaction to standing up in front of a crowd. Performance is ballsy, and nerves strike almost every performer every time they gig.

When that shot of adrenaline hits your bloodstream just before a show, don’t worry about it. Backstage jitters are NOT an omen that anything bad is going to happen up there on the stage. Don’t scare yourself any more than you’re already scared.

If you’re shaking a bit, laugh it off as best you can and walk onstage anyway. You might feel naked up there, but people notice your fear a lot less often than you’d think. They’ve got their own lives and problems to think about.

Gig Disaster #4: Too Drunk to Pluck

Do yourself and your bandmates a favor: be physically well enough to play when you hit the stage, hotshot.

We all go blank once in a while, but it’ll happen a lot less often if you put in the time to do your homework before a gig.

Consider jotting down the opening chords and first line of lyric for each song on your set list. Tape it to the floor in front of you. In the event of abrupt mental hard drive failure, that first line or chord progression should be enough to kickstart your memory. First lines often give singers the most trouble, so if you double on vocals, give it consideration.

Gig Disaster #6: Being a Damn Diva

No audience wants to show up for a concert just to watch their favorite performer throw a tantrum and storm off the stage. In the event of technical problems or any other kind of onstage mayhem, please stay cool. Have a sense of humor. When performers erupt, the eruption itself is more damaging to the show than whatever triggered the tantrum.

Chill. Hang loose so you can respond creatively to whatever problems come your way. When you’re standing in front of a live audience, every second onstage feels like an hour – but remember the audience is usually a lot more relaxed than you are. They’ll usually be good-natured about waiting for you to fish out whatever gremlin has made your amp its home.

Stay cool and calm. Have fun out there.