It’s high time we highlighted more innovations on the guitar. It’s been over two years since the last one and there are too many innovations to just leave there. I will say that while this list is based around innovations in guitar-related territories I think it’s tough to top things like fixed frets, so these aren’t necessarily innovations that changed the world of the guitar forever. Nicholas Tozier covered the big ground breakers in his article. 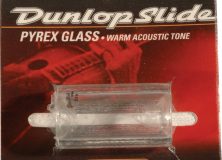 These little trinkets have been around forever. They’re probably one of the oldest accessories used to add flavor to the guitar’s sound. It’s such a simple premise too. Take something glass, ceramic, or metal and slide it up and down the strings. The results are smooth and seamless slides. Some guitarists have even based their entire style around the use of a slide, and the world is a better place because of it.

And while it’s most common in a lot of southern music its versatility transcends any one genre. From jazz to metal the slide alters the sound of the guitar in a unique way, but still the sound remains easy to accommodate into any style. 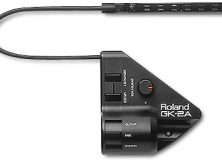 What would guitarists do without something like the Roland GK-2A pickup? This little doohickey let guitarists plug into select Roland and Boss synth pedals to summon not just different tones to colorize their guitar playing, but different instruments. Been practicing your guitar all your life but suddenly wished you’d played the flute? Not a problem. Need to play “Amazing Grace” at a funeral, but accidentally grabbed your guitar instead of the bagpipes? The mourners will never notice the difference.

With inventions like MIDI pickups the versatility that makes the guitar such a monumental instrument expanded X-fold (whereas the variable X represents a really big number, give or take Y, that cannot be easily calculate at this time as it is nearly infinite). 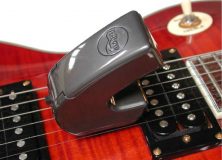 In the olden days of guitar you know how people got that sustain they needed to carry tones through progressions? Feedback. Without feedback tones would ring out and die off too soon and the desired effect would be lost. So back in the formative years of rock guitarists had to learn how to control feedback (something Hendrix was a master at) to get the tones to last for whole notation. Of course there were a lot of variables that could screw things up. Things like where the guitarist was in relation to the amp or volume settings. Sometimes just getting feedback isn’t easy and controlling it is a whole other beast.

Just at the cusp of 1970 an alternative was presented. The E-Bow. This oddly shaped arch would generate an electromagnetic field that would make the strings vibrate and keep them vibrating until it was moved away. Since then it’s a gadget that’s been used by countless bands like Bon Jovi, U2, Metallica, REM, KISS, and Opeth for the unique sensation it offers.

Then along came Fernandes with their sustainer pickup. It was a pickup that would fix into the body just like any other, but would generate the same electromagnetic field as an E-Bow and ultimately have the same outcome. Eternal sustain. Now thanks to these alternatives you can get sustain in your bedroom plugged into your effects processor with your headphones on. 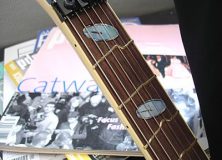 Frets are such an interesting part of the guitar. They’re small, seemingly innocent, and with the exception of using them to gauge where to smash our fingers down at they often go overlooked. At the same time they can have the most profound impact on the sound of the guitar. With staggered frets there’s a huge amount of attention put into how the sounds react in relation to each other and with slight bends to the frets tuning and intonation throughout the neck is far more consistent than with regular frets. 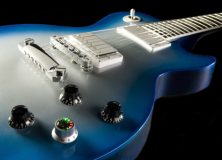 Tuning is a fickled thing for guitarists. The further back in time you go in guitar music the less easy it is for guitarists to stay in tune from the beginning of the song through the end. Granted in some generations there were enough recreational drugs for people to not care, but that’s a whole different discussion.

Guitars these days are so refined that tuning is less of a problem it used to be, but if there’s anything that helped stave off tuning concerns and outright expand on tuning choices it was when Gibson unveiled their robot tuner. The built in tuner that could actually detect what tuning you were supposed to be in, when you were out, and automatically tune your guitar back up. It was quick, easy, effective, and precise. 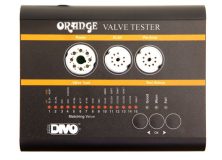 Before not too long ago if you wanted to know anything about the tubes in your amps you had to know your material, and if you wanted to test your tubes to see how they were holding up then in most cases it involved a lot of hoping for the best. That is unless you’d put your time in beforehand to understand the sciences at work. When Orange showed off their Valve Tester at Winter NAMM 2013 they gave guitarists an easy way to effectively test tubes needing to do much of any reading beforehand. You simply plug the tubes in and see what the contraption says. If your tubes were in good shape you’d get a happy green light. If they were bad the sinister red light labeled “fail” would go off. Kinda hard to misinterpret those. 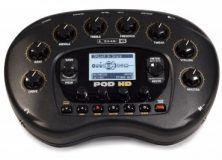 Here’s one that has had a permanent impact on the industry. If there’s anything that made the guitar a part of the 21st century it was modeling technology. Back in the early 2000s Line 6 unveiled their first POD. A little kidney bean-shaped object with a few knobs and the ability to replicate tones from a wide array of famous amps and effect pedals. Suddenly you could go from British metal tube amps to gritty Orange models to jazzier sounds with little delay in between. Plus these things were incredibly affordable.

Now the technology has become super refined and often frighteningly accurate to the source pedals. Line 6’s HD POD line matches that the sparkle of a tube amp better than I’d thought possible. Plus these days you can get the same kind of tonal power from software like Guitar Rig or Line 6’s Mobile POD. Along the way several amps with modeling technology were even developed with breath taking results. Modeling technology hit a new high though when the Variax came out – a guitar with the ability to model other guitars and instruments. To say the least when your guitar has a processor built into it you know you live in the 21st century. 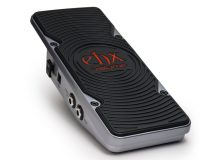 Yes.  EHX gets their very own spot on this list.  This one is kinda like the modeling technology. You know you live in the future when cell phone technology finds its way into your effect pedals. One of the leading problems with wah pedals is with enough use all the moving parts wear down and eventually break. Electro-Harmonix found a way to get rid of that problem. You simply replace the moving parts with an accelerometer and voila. No more natural wear and tear.

With their new Next Step effects pedals EHX used modern technology in a way that no one could have foreseen and garnered effective results.  Boom.  Problem solved. 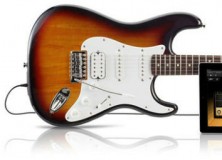 A lot of the technology we enjoy today has probably been made most accessible and convenient by a simple port. The Universal Serial Bus port. While not directly intended to improve the lifestyle of the guitarist it solved a vital problem that was growing problematic as technology developed. Everything had to have a specific port to plug into a computer. The USB port united all ports into one and with one cable all were connected.

With that guitarists had a new alternative record music. Why not just get an audio interface and plug into the USB port and record directly into the computer? Why bother with memory cards when you can use your entire hard drive? Why juggle and bounce tracks when you can have as many tracks to record on as you want? The USB port fully united guitars and computers. Yes I know Firewire came first and is faster, but for whatever reason USB is still the most accessible, so it gets the credit here.

Anyway. Simply plugging interfaces into computers via USB isn’t where the fun stops. Now with guitars like the Variax you can plug into your computer and upload new tone settings directly onto the guitar, and in a case like the Squier interface Stratocaster the guitar doubles as an audio interface itself cutting out the middle man hardware. 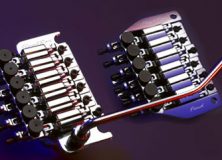 You know that thing I said about how these aren’t innovations that necessarily changed the world forever? Here’s one that’s destined to be forgotten forever.

The Floyd Rose SpeedLoader tremolo. The idea behind these is ingenious. When you use a whammy bar the strings move up and down at the nut. When the whammy bar is released the strings never return to their original resting place and you can kiss your tuning goodbye. The mother of invention struck and the nut lock was invented to tighten down on the strings and keep them from moving anywhere beyond the nut. The nut lock is handy, but it adds steps to restringing your guitar.

Thus Floyd Rose conceived the SpeedLoader tremolo. It’s a bridge and a nut specifically designed for certain strings that fix right in. No cutting, no stretching, nothing. Need a replacement? Pop one string out and throw another one in. Without any more string than you need tuning problems were minimized. The only problem is that the idea just didn’t really take off. The bridge required specific types of strings that came from just one brand. In hindsight I don’t know that the majority of people really got along with the change of strings.

In the end the tremolos were discontinued and last I checked so were the strings. At least try as I may I still haven’t found any available anywhere. Since I actually have a Warlock with a SpeedLoader Floyd on it and but two packs of strings left in queue it saddens me to know that some day I won’t be able to play that guitar ever again. The thing probably has the best neck I’ve ever played on. Maybe I’ll see if Doug can conjure up a DIY article on turning a SpeedLoader guitar into a regular Floyd guitar.