Welcome back for another thrilling installment to the Guitar-Muse Lessons.  Here marks the beginning of a few discussions on scales.  This week we focus on the Major scale.

As I’d mentioned in the video here is a chart of several different isolated blocks on the neck of the guitar.

Each of the green dots is a root note.  It is much simpler to spend time working on one shape, playing it up and down, moving it around on the neck and reciting the notes as you ascend and descend the scale.  And if you’re really crazy you don’t even have to limit yourself to just playing it up and down, but rather just hit random notes in the shape.  So long as you’re hitting the right notes you’re committing it to memory.  It even helps to fart around with this while watching television or something. 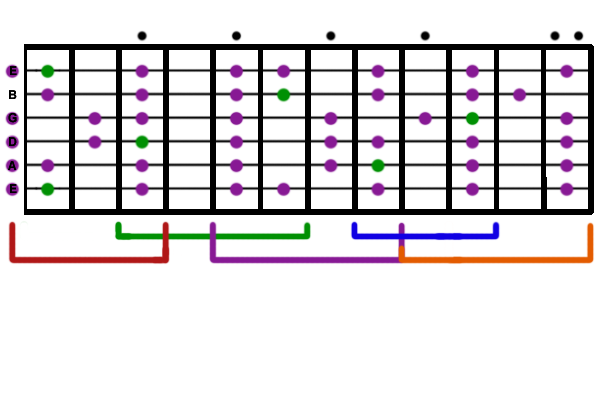