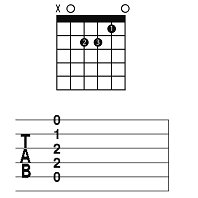 So I got an email somewhat recently.  I was asked if I knew anything about software that could tab out what’s being played on a guitar.  The answer to that depends on a number of things.

Considering that the most promising alternative seems to be the laser pickup by M3i Technologies. While it’s still in development it’s able to detect pitch even without strumming the strings.  The pickup fits in next to the bridge similar to how Roland’s GK-3 pickup does and sends lasers up the strings where they can detect which frets you’re at and what chord shapes you’re making.

The pickup can wirelessly interact with various smartphone apps and you will be able to record directly into DAW software where the signal will be converted to MIDI.  Once the signal becomes MIDI the possibilities are quite endless.  Your guitar can become a big synthesizer for all of those times you’ve wanted to shred pentatonic scales with bagpipes.

I haven’t read anything about being able to tab out what you play yet, but if the pickups can detect pitch on specific strings and work with software that converts your signal to MIDI then the primary ingredients are there.  Of course that very well might be a part of their ambitions.  The product is still in development and isn’t speculated to be available until 2012, so they very well might have that as an ace up their sleeve.

If you could do that then at the least if you wanted to write it out in sheet music the notation would be easier to figure out that way.  It would be a pain, but in theory it could be done.

Of course there are a few more hoops to jump through. I don’t have any means to test this first hand, but it doesn’t look like you can simply just plug a guitar into it and go.  The plugs on it are MIDI I/O only so you would have to go through a separate chunk of hardware like a POD that has MIDI out.  And to cover my ass this is all speculation completely unencumbered by facts, so I could be wrong on that, but the idea of it sounds pretty nifty.

“The plugs on it are MIDI I/O only so you would have to go through a separate chunk of hardware like a POD that has MIDI out.”

Unfortunately as I understand it this wouldn’t solve the problem. The POD has midi out connections in order to interact with other midi controlled hardware e.g. effects units / amp channels.
It doesn’t have any capability to convert an analogue guitar signal into a midi output.
For that you would need something like the Roland GK pickup you mentioned earlier.