Head Is Back With Korn (And Recording! And Touring!) 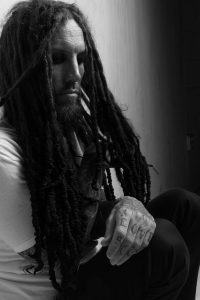 This is really exciting news for Korn fans!

Among other places, it was announced May 2nd that Brian “Head” Welch will be re-joining Korn. One tweet from Welch stated it quite simply:

And if that isn’t exciting enough for you – it looks like the band is back in the studio:

Hitting the studio today to write/record a NEW Love & Death song with the band. Stay tuned for details on that! Busy, busy, busy!!!

It’s been ten years since Head has recorded an album with Korn, and this one is already eagerly anticipated – I know I’m looking forward to hearing it! The album is tentatively expected to be released at some point “this year”, and since we’re only in the second quarter, I guess it wouldn’t be smart to hold your breath, although it’s certainly something to look forward to!

The last time the band recorded together, it was for the 2003 release, Take A Look In The Mirror. Since then, Korn (sans Welch), has forayed into the dubstep world, but the new album is promised to be more like the old Korn that the long time fans are used to – the guitar driven heavy stuff that made us love the band in the first place.

Here is a little video preview of the band in the studio:

Since it’s going to be a bit of a wait for the album, the guys in Korn have been kind enough to schedule a tour while we wait. It kicks off in Pennsylvania on May 15th – just a few days out, and goes until May 26th, with another date July 19th.

Here are all of the US tour dates:

One of the most exciting of these of course is the “Rock On The Range” show, where fans will get to see not only Korn, but other big acts, such as Soundgarden, Alice in Chains, Smashing Pumpkins, Three Days Grace, Cheap Trick, and many, many more (just under 50 bands, I think).

It will be really great to hear Munky and Head back together in action again, and we’ll be sure to bring you all the latest developments.