A World of Wood

It’s fair to say wood has had an immense influence in the opinions and shaping of tone for decades upon decades. Here we tackle the issue by giving you luxurious pictures to observe with some excellent reading material for both on and off the porcelain throne. 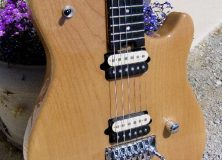 Alder is among the most common woods used for the body of a guitar. It’s been an industry staple for a long time now. It’s popularity arises from its balance between lows, mids, and highs lending it to versatility in shaping tone giving it its balance between a warmer sound and a brighter sound. 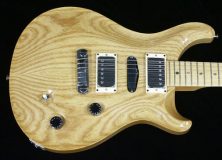 Ash comes in two common varieties. Northern hard and softer, probably more common swamp ash. The harder version isn’t just the harder of the two, but very hard in general though still fairly light. It has a brighter, higher sound with a lot of sustain.

The variation found in the midst of the bogs, the swamp ash weighs a bit less is softer and is less bright than the northern hard ash. 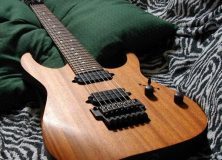 Also a lightweight wood. It’s also very soft, warm, and rife with mids at the highest. 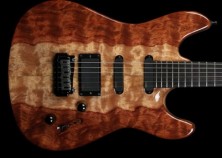 Bubinga, apart from possibly having the most satisfying name to say over and over, bubinga. It’s hard as steel compared to a lot of other woods making it the primary candidate for necks that have to deal with excessive string tension though it’s still not unheard of for it to be used as a body. Naturally the hardness means it has a very bright sound. 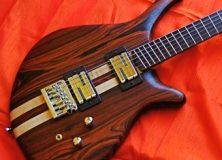 Cocobolo is popular for its looks as much as it is its sound. The unique flamings make it stand out among a crowd of any wood. Filled to the brim with rich lows cocobolo is commonly used for acoustics, but frequently gets used for electrics all the same. 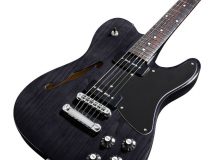 Ebony is a fan favorite for fretboards given its hardness and ability to take some abuse. Finding it as a body isn’t entirely common yet it does happen and it yields an instrument with a much brighter sound. 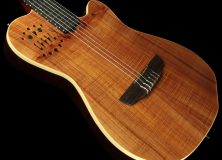 Koa is a Hawaiian wood of a much softer caliber giving it a warmth with lush lows. 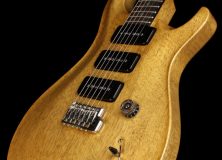 Korina comes in a couple of varieties. Black korina has a bit of weight to it, is darker in aesthetic (obviously), has a very warm, low sound. White korina is lighter (if you couldn’t guess), but doesn’t really have a huge tonal difference from black korina. Both variations are often used as a mahogany alternative. 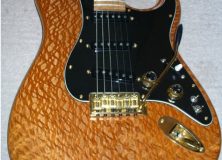 Native to Australia, lacewood’s weight could make for a good paperweight when not in use for playing music. It’s a denser wood and while it won’t float in water it will get you that brighter sound you’ve been after. 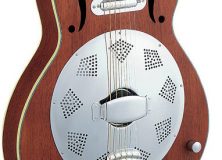 Mahogany is possibly known best as Gibson’s trademark wood. It’s known being a soft wood (that can pick up a dent or two without trying) and has one of the warmest sounds on the market. On top of that anyone that’s picked up a Les Paul before knows you could really crack someone upside the head and do some damage with it… that is if you’re not interested in playing it… or you’re Keith Richards. 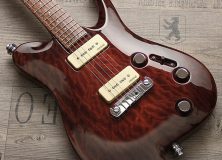 Makore isn’t one of the more common woods used. If you walk into a local music shop you’re probably going to see the ratio of woods putting it at a disadvantage to other woods. Another mahogany alternative it has about as warm of a sound with some solid weight to it. 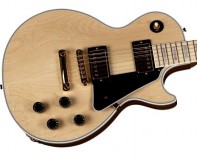 Maple is pretty much the polar opposite of mahogany. Among the hardest options available with the sharpest brightness to come with the territory. Several varieties are used for varying purposes of the guitar from bodies to necks to fretboards to anything else a luthier may decide to build using maple. The more ornamental types of maple like the quilted maple are popular selections for body tops.

Padauk is interesting in that it has as warm of a sound as it does looks. The sharp, orange hue gives it a fiery look and given its makeup it’s often compared to rosewood while it’s compared to maple for its sound, but without as much brightness. 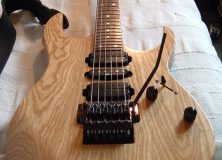 Poplar is kind of an alder alternative (or alderternative (I’ll be here all night, ladies and gentlemen)) as it shares a lot of common grounds. The balance between frequencies is similar and it sits comfortably between a warmer sound and a brighter sound with the differences being smaller than I could tell in a side by side. 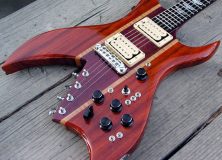 A harder wood purpleheart lends itself to bright highs and sharper lows. It’s far from a common wood to be used for building a guitar and is probably chosen more for its unique aesthetic than anything else, though I haven’t done research on that, so I couldn’t say for certain. 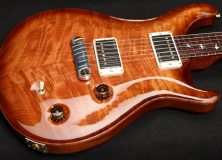 Redwood is among the less common woods to be used despite the size of the trees it comes from. It’s also commonly used just as a top wood as opposed to a primary wood. It has a bit warmer, bassier sound. 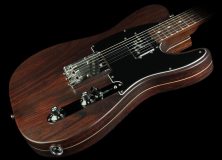 Rosewood is like ebony. It’s most commonly seen as a fretboard, but ever so often it steps out of its comfort zone and embraces the lifestyle of a body. Rosewood is an oily wood so it’s not really seen finished. Apart from that it’s one of the warmest woods on the market. 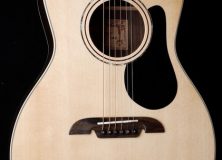 Sitka Spruce is a fan favorite for acoustics probably for its durability in addition to the warmer sound it can produce. At least if you decide to be all hip-like and smash your guitar while on stage it’ll make you work for it. 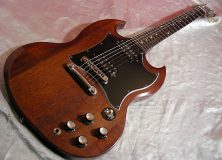 Walnut is among the woods that will challenge the persistence of your shoulder as you support its weight. It also shares a rather bright sound and could be seen as a maple alternative for those that want their brightness turned back down to 10.

Hey Smitch! What about cedar?