Stuart Newman – The Other Independent Guitarist 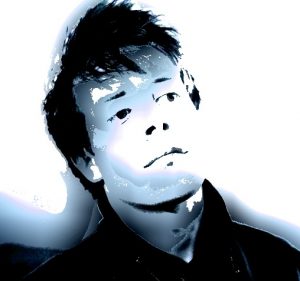 Let’s rap about Stuart Newman for a few minutes. Stuart Newman is a UK guitarist that could probably be best summed up with the word atmospheric. His music is very down to Earth and mellow and began as a means to experiment with any number of ideas as he could come up with and has since become refined, more focused, and with more direction.

Stuart Newman’s style of song writing is very minimalistic, you could say. Most songs can be chalked up to a guy with an acoustic guitar. His debut album Single But Defective is almost entirely just that with the opening track 51st State showing just how bare bones he will go. Speaking of 51st State being a good example, it’s also a good idea as to what to expect from the remainder of Single But Defective.

Having said that that isn’t to say the opening track gives away every last secret the rest of the album has in store. As a matter of fact the album as a whole presents itself as something of an experiment from start to finish. While the experimentation is a big part of the album it’s handled in that same minimalistic way and keeps it from congesting the songs with too many ideas included for the sake of it, and all the ideas experimented with make sense in the context of the song.

For example. Oil. The lone track featuring percussion plays off the atmosphere it establishes off the bat and uses sampled speeches added in post to support all vocal needs, while High and Mighty toys around with pitch shifted vocals. Some songs play around with pedal and vocal where others tinker with a few multi-tracking ideas. Seldom does the album experiment with the same idea twice.

Now, having listened to Single But Defective… God knows how many times by now, I’ve deduced that there is something that seems to be missing to my ears. While the songs are enjoyable their full personalities don’t strike me as fully fleshed out.

Cue Studio Demos, the follow up EP to Single But Defective. Studio demos demonstrates very nicely how Newman’s been developing his style and just how much more he’s put into any given song he works on. While they still feature Newman’s straight forward, simple style of song writing, half the songs include drums and bass with some faint pianos to be heard in the background. This step up alone really brings up the atmosphere to a new level.

Songs like Feel the Temperature and We’re Living in Another Dimension bring the feeling of a whole band at work and demonstrate more proficiency with multi-tracking and even after multiple listens still offer new details to notice each time.

A couple of songs like Pandora and The Decade are much more like his earlier stuff in that it’s broken down to a guy and a guitar, but with a greater attention to detail and more exploration to the atmosphere they invoke.

The Mix And Performance

Single But Defective is now a few years old and was recorded in Newman’s home. The premature nature of it I think is my favorite part probably because I can relate to it so much. It’s a bit on the rough side, but nothing worth making a big song and dance over. Rather I have a personal appreciation for the perspective it takes to look at a room that’s decades old (at the youngest) and was built with no intention of every properly controlling sound in mind and still finding a way to make it all happen. The little nuances like occasionally hearing him turn a pedal on reinforce the crudity of home recording. It’s the charm you don’t get studios working with pros.

Speaking of studios Studio Demos was recorded in a studio and dammit if he doesn’t sound a lot more professional. The guitars are cleaner and his voice blends a lot more naturally with the music. It’s a very pleasing listening experience to say the least. The guitars have a nice, warm, full sound to them, the drums come through with crisp clarity, the bass, heavy on the lows, fills that deep frequency very well. It’s all very well done.

I would personally consider Single But Defective as more of a demonstration on the direction he’d like to go and Studio Demos being an example of his ideas really explored into something bigger. It’s been very pleasing not just listening to his music, but hearing where he started and where he’s going.

For anyone interested he has all of his music available as a free download on his web site. By all means give it a whirl. It gets the Smitch-stamp of awesome, plus it gets brownie points for not costing you anything.