Jason Becker is still going strong. With his documentary DVD Not Dead Yet out kicking ass and taking names and the efforts of his foundation to fight the good fight against the evils of Lou Gehrig’s disease, Jason Becker and some of his trusted allies have merged the two into one evening of music and the tale of his background.

Ladies and gentlemen. I give you…

The Jason Becker Special Needs Trust alongside the ALS Therapy Development Institute will be hosting a special screening of Jason Becker: Not Dead Yet, the award-winning documentary centered around the eponymous character. The event will be a benefit with proceeds going to the Special Needs Trust as well as the ALS TDI. In addition to the screening of the documentary guest musicians will add to the night’s entertainment in a performance dubbed “Music to End ALS.”

Admission will include a dinner buffet for $50 or a VIP pack that includes reserved seating, a signed event poster, as well as a meet and greet with Jason Becker and all of the accompanying musicians for $75. The event will be held at Bimbo’s 365 Club on 1025 Columbus Avenue in San Francisco, California. If this sounds up your alley you may want to turn off your impulse control because the event is this Thursday, September 19.

For more info as well as purchasing tickets you can check out the event page on Bimbo’s web site.

A Moment to Reflect on Jason Becker 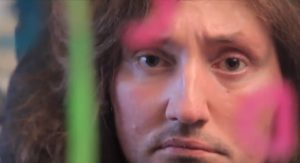 Jason Becker is a well respected guitarist in the industry for the skill he had demonstrated in his early years as well as his drive to push the instrument to new boundaries despite not being able to play the guitar anymore. Being a guitarist doesn’t necessarily have to mean you have to actively play guitar. You just have to have it in your blood, as Becker has demonstrated. He is to our generation and the guitar what Beethoven was to the Classical era.

From his promising youth as an up and coming virtuoso to his transformation into an icon of triumph over unprecedented challenges, the story of Jason Becker is one that everyone should know. Speaking of which, we’ve actually already done a celebratory homage to Jason Becker which covers the biographical points on him, as well as his disability much better.