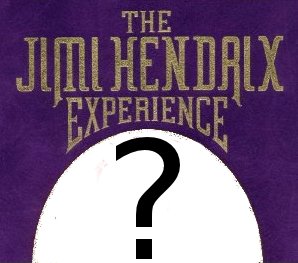 It’s been just a few years over a full four decades since the Jimi Hendrix Experience came to an unsettling closure at the behest of Jimi Hendrix’s untimely departure and since then remaining members have gradually passed away themselves leaving bassist Billy Cox as the last surviving member of the band.

It’s been over those gruelingly long forty years that Cox finally decided it was time to take matters into his own hands and reform the Jimi Hendrix Experience with a new drummer and a new guitarist that is able to both play like Hendrix and write new material in vain of his style while still offering elbow room to take the band in newer directions.

Candidates that have been considered to fill in the guitars have included Steve Vai, John Mayer, Van Halen, Slipknot’s Mick Thompson, Morbid Angel’s Trey Azagthoth, Nigel Tufnel, Herbie Hancock, and at one point Johnny “Guitar” Watson was being considered until Billy Cox was informed that he too had already passed away to which Cox replied, “ain’t that a bitch.”

Additional criteria to be a qualifying member includes playing a right handed guitar with your left hand, Cox stressing the unique sound and feel of a lefty guitarist, as well as the need to use exclusively digital pedals and amps. “Digital is the wave of the future. Either get with the times or get out,” Cox spontaneously screamed at the top of his lungs with the most eccentric, ear to ear smile ever, while blinking rapidly. It was a weird moment, but you should have seen those pearly whites.

While he was originally considering using one of those wind-up monkeys that bangs cymbals together for percussive requirements Cox began considering just spending the extra cash for a Digitech RP250 and just using the drum patterns built into it before eventually deciding that people would probably notice the difference and started his head hunting for a proper drummer.

“He has to be able to play the drums,” Cox murmured as he stared a box of tissues down rather intimately. “That’s about as far as I’ve thought about that.”

Being one to think ahead Billy Cox has been working on contractual agreements with Sharon Osbourne so he’ll have a scapegoat for everyone to blame even in the case of a blatant lack of evidence. “People blame her for everything,” Cox commented as he reflected on the paperwork she had signed her soul over on, “She may as well get paid for it.”

When asked about who would take up singing duties he began furiously flapping his arms until he literally lifted off the ground and flew away. Because of that we’ve missed our chance to properly extract any more vague clues on what to expect in the future to build anticipation. We’ll all just have to wait and see.