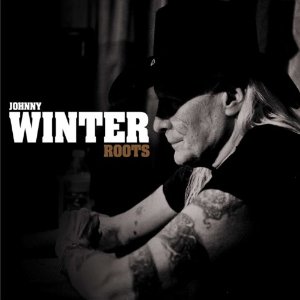 Long before Internet guitar players, auto-tune, instant gratification, and Lady Gaga, giants walked the earth. We called them heroes. Guitar heroes. They played cool guitars, wore bellbottoms, laid down the law, and traveled in private planes with their names stamped on the side. We had posters of them on our walls, dropped the needle a million times to cop that one little lick, and learned to swagger.

In the late 60’s and early 70’s, Johnny Winter was one of those guitar heroes. His name was heard in the same breath as Led Zeppelin, Jimi Hendrix, and Eric Clapton. His wicked slide playing influenced multitudes, making him arguably the best white blues guitarist of his generation.

With his striking albino features and ’64 Gibson Firebird in tow, Winter took his Texas flavored blues assaults, and served them up on classic albums such as Second Winter, Johnny Winter And, Johnny Winter And Live, and Still Alive And Well. After finally kicking a forty-year methadone habit, Winter has released a new record titled Roots paying homage to his blues heroes by recording the music that transformed his life.

It’s a surprisingly energetic and impassioned record from the sixty-seven year old Winter, but he gets an assist from some stellar guests. Derek Trucks joins him on a killer version of “Dust My Broom.” Old blood and new blood intermingle on this blazing slide guitar fest to great affect. The same goes for Winter’s cover of “T-Bone Shuffle” with Sonny Landreth. These tracks are pretty much a tutorial on the use of excellent slide playing, with everybody delivering the goodies at the top of their game.

Susan Tedeschi delivers a sultry vocal performance on “Bright Lights, Big City,” and gets some tasty guitar licks in there as well. Winter is in fine form throughout. His voice is strong and heartfelt, while his playing is fiery yet restrained. He does a great job of balancing the uneasy task of being respectful to the classics while also being able to contribute his own style, and a fresh feel, without being sacrilegious.

Warren Haynes plays some Duane Allman-esque slide on “Done Somebody Wrong,” Jimmy Vivino gets nasty on “Further On Up The Road,” and John Medeski gets in some soulful organ on “Come Back Baby.” These guys are really feeling it on these tracks, particularly Winter’s vocal track on “Come Back Baby.”

On “Last Night” John Popper is his usual annoying self on harp, but Vince Gill more than makes up for it with mad country chops on Chuck Berry’s “Maybellene.” Producer Paul Nelson plays some smokin’ guitar on “Short Fat Fannie,” and does a excellent job giving Roots a clear, clean, and crisp production with visceral performances from Winter and guests.

If you’re looking for a record that harkens back to Winter’s early 70’s fire breathing blues-rock hey day, you won’t find it here. But true blues fans will get a kick out of this record.