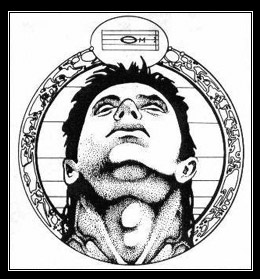 One drawback to guitar resources on the Internet is that they can be ephemeral—broken links and 404 dead ends are sadly abundant. But some quality articles and websites still persist online, even a full decade after I first strapped on a guitar.

One such hub is Steve Vai’s “Little Black Dots,” a collection of guitar lessons from the man himself. The ideas in one particular series stand out in my mind to this very day: “Martian Love Secrets,” a five-part series of articles originally published in Guitar Player magazine in 1989.

Martian Love Secrets is a technical guide, but not the kind that you would expect from a player like Vai, whose reputation is intensely built on technique. Instead, this series mostly deals with harnessing all your technical knowledge and your own life experience to create art.

Any player who works thoroughly through this series should have a great start on conceiving and composing ideas that are uniquely his own. Although some of the exercises feel a bit far out, they’re all worth trying; fun and often effective.

They range from contorting your face and body to express your favorite music to choosing a physical sensation and then finding a chord, melody, or progression that perfectly expresses it.

There are also exercises toward the end of the series that encourage you to explore what kinds of mental images and memories come to you when you hear new chords.

The articles themselves are very well-presented too, with unifying artwork on neatly formatted pages with few distractions. They represent a very interesting and less-obvious dimension of the pyrotechnic Steve Vai, certainly a must for his fans but very useful even to those who don’t follow Vai’s music.

If you’ve been stuck in a rut and you’d like to explore some new sonic territory, read Martian Love Secrets.

It makes me feel really old, but I read these articles when they first appeared in Guitar Player. Vai is mad as a brush but he’s never been about “how to play the pentatonic really really fast”

Was that back when people supposedly printed things on actual paper?! I thought that was just a legend!