New Guitars from Gibson for 2013

Of all the great original 1959 Standards out there, a fairly small number, Joe Perry’s own Les Paul has long been acclaimed as one of the finest.

In Joe’s own words, “It’s got everything a great Les Paul is supposed to have. The neck isn’t quite as fat as, say, a ’54 Goldtop, but it’s still got a good, meaty neck. It’s not a high-output guitar, so it’s got a lot of tone… And it’s got all the natural sustain and warmth, and when you turn it up it growls.” 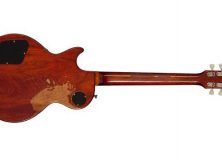 Slash, Boston area guitar legend Billy Loosigian, and Eric Johnson have all owned number Perry’s over the years, as it did the rounds through the various ups and downs of Aerosmith’s career. Many years, many phone calls, and many near misses later, this amazing 1959 Les Paul returned to the man who seemed destined to call it his own.
Thanks to Gibson Custom and Joe Perry, you can now own the closest possible thing to Joe’s most prized guitar, in the form of one of a very limited run of replicas based on exclusive access to the original.

Read the rest of the story and get the specs at: Gibson.com 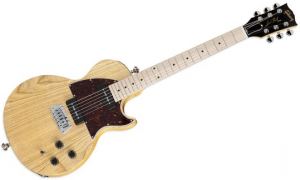 Made with country players in mind, the “B-Bender” has been an essential part of the Nashville sound ever since legendary guitarist Clarence White and drummer friend Gene Parsons installed their wild new invention, a B-string bender operated by pulling down on the strap button, in White’s old guitar back in 1965. The B-Bender gave guitarists the ability to imitate pedal-steel bends mid-flow on a standard guitar, and broadened the country vocabulary enormously.

In the early 80’s Joe Glaser developed a new style B-Bender that was only installed at his personal “shop of the stars” in Nashville. Now Gibson and Joe Glaser combine forces to bring the Music City Jr. with B-Bender a new look, voice, and feel to the world of faux pedal-steel bending, in a guitar fully equipped to pull off these impressive tricks, while loaded for fat, driving Gibson P-90 tone—along with coil-tap switching to access brighter single-coil tones.

If you love the ‘twang’, get the rest of the story at: Gibson.com 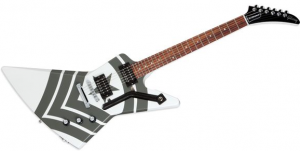 Gibson has rolled out the Jason Hook M-4 Sherman, a singularly military spin on the Explorer.

From his LA session work, to his time with the legendary Alice Cooper, to his explosive riffage with Five Finger Death Punch, Canadian guitarist Jason Hook has displayed some of the most incendiary playing and eviscerating tone heard in rock today. A customized Gibson Explorer has long been at the forefront of Jason’s arsenal, and that same furious style, tone, and attitude forms the foundation for the new Jason Hook M-4 Sherman.

Available in a strictly Limited Edition of 400 guitars, the guitar carries Jason’s modified forearm bevel for improved playing comfort and an extended cutaway for superb upper-fret access. Along with his distinctive Sherman tank-inspired green-stripe graphics and commemorative truss-rod cover, the M-4 Sherman sports high-quality Seymour Duncan™ humbuckers, locking Mini Grover™ tuners and top-notch hardware all around. The M-4 includes a custom olive-green hardshell case with a pouch full of exclusive case candy, including a signed Certificate of Authenticity with holder.

To check out the M-4 Sherman tank inspired Jason Hook guitar, and the other 2013 releases from Gibson, visit them at: Gibson.com