Playing Fast Can Keep You Single And Songless 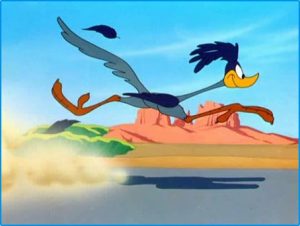 Playing Fast Can Keep You Single And Songless

Editor: Ok, that’s a bit dramatic. And the author didn’t intend for it to have that title. But when I read this article from Nicholas, I thought wow, everyone knows “it’s not all about playing fast”, but they usually stop after saying that and then listing off 3 or 4 slow, amazing players. Here, Nicholas goes a bit deeper. To a listener – an appreciator of music, speed is just one element out of many that they may be expecting you to give them. And the King of these elements still reigns supreme: The Song. -GM Jameson

Many guitarists out there (perhaps a few are reading this right now) who mostly focus on building speed and strength. And there’s absolutely nothing wrong with that–if you want a fanbase that’s almost entirely comprised of fellow guitarists. Playing fast will earn you their respect and admiration for sure.

It seems to make intuitive sense that the toughest licks to play will also give you the greatest payoff, peer adulation, etc. But that’s not often the case. Ultimately, most people don’t care if it was difficult

to learn or whether it’s difficult to play–they just want to feel something. Just because it’s fun to play doesn’t mean that it’s fun to listen to.

I still remember my first lesson in this. It was high school. I’d been playing guitar for maybe a year, still quite a whelp really, but I’d learned a few solo lines and licks. I was on the school bus, tooling around on an acoustic guitar, playing all my flashy fast solo lines, sounding pretty good or so I thought. Nobody in the immediate vicinity cared.

This bummed me out a bit, as you can imagine. But then I played a chord progression I’d written. I still remember that progression; it actually had a pretty nice melody built into it. And the beautiful girl seated in front of me immediately popped up her head, took out her earphones, smiled at me, and said “Hey, I like that. What song is that?”

As you can imagine, that’s incentive enough for any schoolboy to start phasing out a few speed drills in favor of harmony and melody. That kind word from a pretty girl was the initial incentive, but as I studied and worked at it I found that I really enjoyed melodies and harmonies more than flashy pyrotechnics anyway.

A trap I see some players fall into: they train hard on speed and technical ability, and their music just ends up being a series of excuses to show off. The problem with this approach to music is that audiences don’t usually sign up to see somebody show off. Trying to make a career out of pure virtuosity is challenging. It’s a highly competitive space; you’re competing with everyone else for the title of heavyweight champeen. The fast players are guys like Steve Vai, who spends more time practicing than I spend sleeping. And that’s a lot.

So with that said, here are three artists who’ve made successful careers on elements other than speed.

Picture two dudes in black robes. Each one has a wall of stacks behind him and a guitar tuned so low that it’s a bass. Both guitars are patched through a fuzzbox the size of a room and from the sound of it, Tom Waits and Cookie Monster are fighting to the death in slow motion in that thing.

Every power chord is like a differently pitched Doomsday Machine engine that jiggles your eyeballs, vibrates every tooth in your head individually, and causes your asploded mind to flood your skull with cold, frightened pee.

That’s Sunn O))). If you’re playing their albums at the correct volume, your experience will be equal parts hearing it with your ears and feeling it with your entire body. Honestly, you guys, when I first heard

Sunn O))) at full volume I had to see my doctor just to learn the names of the magical parts of me that Sunn O))) had vibrated.

The doctor tore off his lab coat to reveal a limited-edition Sunn O))) Speedo. We high-fived and he gave up practicing medicine to be the vocalist for my metal band. Spoiler alert: you’re going to shoot beams of light from every orifice when you hear our jams and that is no joke.

Doctor Putrid knows how to make that shit happen.

Anyway, Sunn O))) is good too and you should check out their album Monoliths and Dimensions. PRO TIP: If you play it in your haunted house on Halloween, you will drive up business 137% for local child psychologists, so be sure to get a stack of business cards and work out some kind of referral deal.

Marc Ribot has had a long career playing guitar for Tom Waits, John Zorn, and many others. And while he is known to shred from time to time, he usually shows cool-headed restraint rivaled only by James Bond in a

Even with Electric Masada’s two drummers, bassist, and percussionist lighting a fire underneath him, Ribot can confine himself to a slow burn for minutes at a time before finally bursting into flames. And while other players in the group are soloing, he backs them up with light, tasteful chords and sometimes even just eerie, delay-drenched single note lines. When he backs up other musicians, he’s always tasteful and

Remember, kids: a true guitar hero knows when to lead and when to play in the background to make a bandmate sound really, really good.

Low is a three-piece band from Duluth, Minnesota. They’re known for rocking at glacially slow tempos and singing chilling harmonies.

This band is so unusual that kids turn out in droves at their shows and sit down to experience the band. Take a second and consider how cool you have to be to get a young crowd to think “This is going to be so great that I’d better take a seat for this one.” High school teachers should hire Low as motivational speakers.

Next time you pick up your guitar or get together with your band, start a really slow jam–just to see what happens. It’ll challenge you to play your guitar in a totally new way.

Love Sunn 0)))! Got to mention that SOMA plays Travis Beans… a major part of their tone.

I’ll go ahead and put my neck on the cutting board. Of all the technique that can be applied to the guitar playing slowly is probably the least appreciated. I’d say it’s harder to play slowly than it is fast. At least with speed if you’re sloppy it can get lost in the confusion. Even more so if you have a lot of distortion. Slowly, if you miss a beat it stands out like the proverbial sore thumb.

Nicholas Tozier
Reply to  The Smitchens

In response to G.M.: As a songwriter I think about this all the time, trying to get out of my own head and into the listener’s to see my songs more objectively. As I wrote on my songwriting blog not long ago: just because it’s fun to play doesn’t mean it’s necessarily fun to listen to. 😛