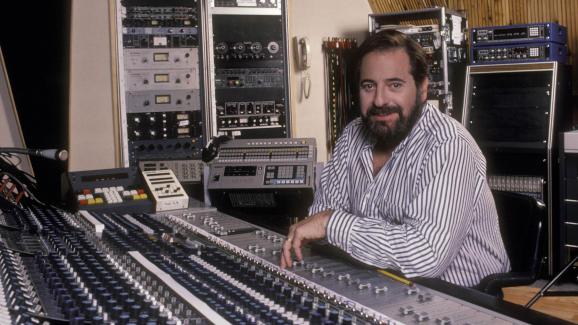 Ramone was a brilliant producer, innovator and a man with an amazing ability to get a band sounding their best in the studio. He was also a man with a great passion – not only for what he did in the studio, but for his artists as well.

Known as the “Pope of Pop”, Ramone helped to propel many records into the millions in sales. He won fourteen Grammys with thirty-three nominations.

Quincy Jones remarked, “Today we lost one of the true musicians, innovators and geniuses of the record industry, His immense talents were only surpassed by the gigantic size of his heart.”

Billy Joel had this to say: “I always thought of Phil Ramone as the most talented guy in my band. … The music world lost a giant today.”

Even if you don’t pay much attention to who produced the albums you love, and you don’t know who Phil Ramone was, I’ll be you’ve heard (and loved) a lot of his music. Here are a few bands that Ramone has worked with:

And Many, many more.

Ramon  was born in South Africa, and raised in Brooklyn, NY. He started his musical career at 3 years old, as a violinist. Later in life, he became enthralled with helping others make music. He noticed in his own recording sessions that the engineers didn’t treat the musicians in a way that would provide the best performance from the musician.

His own work changed all that – something any of his artists would agree on.

Phil seemed to always see himself as a facilitator, frequently stating in various ways that his success was due to the very talented musicians that he worked with.

Ramone was awarded honorary degrees from Berklee College Of Music, Skidmore College, and Five Towns College. He was also a member of the Berklee Board Of Trustees.