Hot on the heels of their last tour, which was during the first part of the summer, the Rival Sons are doing it again – this September, in Europe.

Since their formation in 2008, the Rival Sons have been extremely busy – and extremely successful at keeping the 70’s era rock and roll sound alive and relevant.

Make sure you check out our interview with the Rival Sons’ guitarist Scott Holiday. 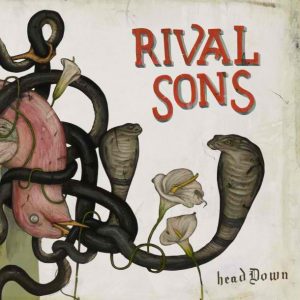 Their third album, Head Down is slated for release this September 17th, on Earache Records. It’s available (pre-release) from iTunes and Amazon.

The followup to the Rival Sons’ 2011 release, Pressure And Time, was recorded in Nashville, TN., with Dave Cobb producing, and Vance Powell taking care of the engineering duties. Vance has worked in the past with The Kings Of Leon, The White Stripes, and Jack White.

You can look forward to a review of this album soon!