Self Distribution Options – What’s The Best Way To Sell Your Music? 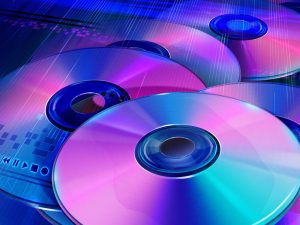 So you’ve got that album or single recorded, mixed, and mastered – it sounds great, and now it’s time to get some people listening to it, and hopefully purchasing it, so you can recover some of that money you spent in the studio.
There are lots of options for getting your music out there, and they all seem to work on similar pricing models, but it’s hard to tell which one to choose – or should you choose more than one?

In this article, we’ll be taking a look at the big players in this business – CD Baby, ReverbNation, BandCamp, TuneCore, and Mondo Tunes.

For the anxious reader, you can scroll down a bit to see our comparison chart.

In both cases, we’ll assume you would like to sell physical CDs, but it’s not an absolute requirement. Also you’d like as much promotional help as possible, but again, you’re willing to do without that if it’s not available. Your main goal is to have a good way to sell your music.

It’s probably a good idea to have your music on iTunes and Amazon, simply because that’s the first stop for many music fans as they are investigating a new artist. Their reach is incredible, and they’re both tied to common devices, like Android and iPhones, as well as the tablet and iPad market.

It’s pretty important for whatever distribution option you choose to have some sort of “Marketplace” or a place where you can be discovered by new fans. There are plenty of people who browse CD Baby, for example, because they know they’ll find the kind of music they like – and it’s music they can’t find anywhere else.

Also, it’s good if the option you choose gives you an “Artist Profile” page of some sort. This is especially helpful if you don’t have a website for your music, or if your site is difficult for you to update on a regular basis.

Sought After Features at a Glance

*This means you provide the CD and they stock and ship it. The cost refers to what they charge you for this – per CD.

Founded by Derek Sivers, CD Baby began as a budget store for one album which gradually morphed as customer demands changed. Over several years CD Baby grew to be a respected store that would pay every musician that signed up weekly without ever turning anyone down for any reason. Not even dwindling sales. No matter what, you’re safe on CD Baby. The only real criteria they have is the artist must be independent.

CD Baby has been a constantly evolving business as their services have adapted to the needs of the customers. To meet these needs CD Baby offers physical CD sales as well as downloadable MP3 and Flac files which are available on about any web site known for MP3 sales including iTunes, Amazon, Facebook, and Spotify.

ReverbNation prides itself in providing “Powerful digital tools for promoting your music and connecting with fans.” I know they come up in Google a lot when I’m searching for particular bands and their music, and that’s probably because they provide you with a pretty full featured site with which to promote your music.

If a decent website is one of the things on your list of needs when you consider promoting your hard work, ReverbNation is probably your best choice. Their music distribution is on par with the rest of the options, so it’s a good chance that the bang up job they’ve done on the artist websites will be the tie-breaker for you.

Band Camp deals strictly in the digital realm. That’s probably going to be a deal breaker for some, since selling physical CDs is so damn cool. You can still sell them – and Band Camp will help you make the sales and take the orders, but you’ll have to take care of the fulfillment yourself.

They give you all the digital tools, as well as a slim promotional site – mainly limited to sales, gig listings and contact info – with a link to your “real” website.

One area Band Camp lacks in is the distribution game. They’re not going to get your songs on iTunes or Amazon, and I think this is a pretty big deal – all things considered.

Tune Core has a gigantic list of music store partners, and all of the big ones are included. Getting 100% of your sales for a relatively low yearly fee is a plus as well. They also offer publishing royalties as well – you can set that up for $75.

They do have a CD duplication service, but they don’t handle your sales or distribution for them.

Mondo Tunes has one thing going for them besides the really low pricing – they’ve got a huge distribution network (Universal / Interscope), so they’re going to be able to get your music availability way up. You’re still going to have to promote it, but they can make sure you are in a LOT of distribution channels.

It’s worth stating that it probably isn’t enough to have only one outlet for your music – especially the ones who do a pretty good job of promoting you to potential listeners. Since CDBaby integrates so seamlessly with the social elements like twitter and Facebook, and even ReverbNation, to me they sound like the best option.

All of these options are weighted one way or another, however. That’s why we didn’t rank this list in any way. It really depends on what is most important to you – what your needs as an artist are.

There are horrible and basically fraud experiences by songwriters against tunecore. Their stories sounds legit. Writers that tunecore owed money to and they were treated the usual run around and even laughing and saying to them, “Go ahead and sue” and bang the phone on them and kept the monies. Unless you can afford to sue them in their home court. Yes there are two sides, but tunecore or any of these companies that are questionable as far as their moral values,,,,Are they worth it? Please answer me so I know what to do with my music or just keep the music to myself than going through hell by people stealing it.

This posting is a little inaccurate, at least when it comes to Tunecore … you can get isrc codes, they have a deal with amazon createspace to make and sell hardcopies … are you sure tunecore doesn’t send to soundscan? What about Nimbit?? I’ve always thought Nimbit seemed legit, but is rarely mentioned among the big cats.