Songwriting On A DAW Is Way Easy

How Technology has Impacted Songwriting 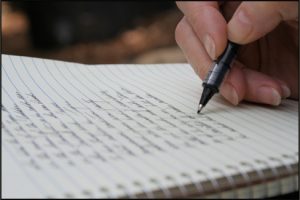 Times have changed. And I don’t know that things are any better or worse, but technology sure has changed everything.

It used to be that songwriting and practicing went hand in hand, and the song would evolve through the act of playing it over and over and over.

But the past few songs I have written, I’ve been doing it a little differently. Maybe this is lazy, but it sure is quick.

Get The DAW Involved.

If you use a Digital Audio Workstation, or DAW for short, you might know where I am going with this.

Basically, most songs (for me) start out with a little tune that amounts to little more than a ditty. In the old school workflow, you’d just play that over and over and build around it, build it up, etc.

In the DAW workflow, you’d actually record that ditty right away – using a click track to make sure it’s in sync with itself. Then at some point you might decide that the ditty is actually the chorus, so you make up a part for the verse, and record that. Then, since you used a click track you can move (read: cut & paste) the chorus out to the back and the verse to the front. Then, while your at it, you can paste another copy of the verse in, so you have verse, verse, chorus.

It’s starting to sound like a song, now. In fact, you might just go ahead and paste in 2 more verses and another chorus. If you end up writing a bridge, no big deal, you just make room for it, and stick it in there wherever it goes.

Now you can tweak to your hearts content – be the town planner. Move bridges around, and verses and make an intro. Make it into a song – bit by bit.

Is this even a good thing?

Before you know it, you’ve got the song laid out, and it’s got a structure, and it’s synced up to a click track, and you haven’t even every really played it all the way through, live. Quite a striking contrast between the old school “practice, practice, practice, perform, record” method. You can now go back through and re-record all the parts with full backing tracks to help guide you along the way. We’re talking a decent recording of your brand new song in 30 minutes to an hour.

My question – is this even a good thing? Is it OK that you might have a recording that actually performs your song better than you can?

Its easy as hell, I know that! And it’s different enough to actually open up some new pathways in your creativity – that much is certain. And I suppose you’re eventually going to rehearse the heck out of it anyway, so you’re not losing anything there.

So what do you all think? What role does copy / paste play in your songwriting process?