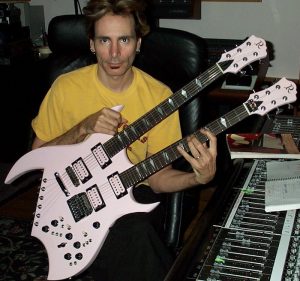 BC Rich is no stranger to the wondrous world of multi-neck guitars, though as many different models as they’ve produced no other model has made the leap from one neck to two as abundantly as the Bich model.

The BC Rich Kerry King Signature Speed V guitar is mostly recognized by its painted graphics, which isn’t entirely unlike the tattoos that pretty much all but completely encompass the canvas that that is King’s arms and dome piece. In fact that trait is shared among most of King’s signature guitars, though it’s not the only similarity one model shares from another.