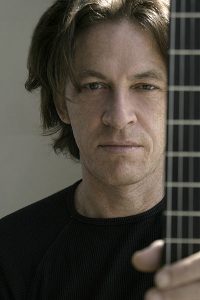 You’ve probably heard of Dominic Miller from his work with Sting – in fact he’s played guitar on almost every Sting album produced to date. He’s also played with an incredible number of other musicians, including Sheryl Crow, Bryan Adams, Phil Collins (“But Seriously ..”), Peter Gabriel, Rod Stewart, and many more.
As we do sometimes with Artist Spotlights, we’re going to let the music do the talking here, and focus on some of the many different styles of Dominic’s work.