The Essential Art of Listening

As a guitar player listening is really important. I don’t mean listening to that cool new tune or pulling out your old records to listen again to some important inspirations. Those are good things to do but I think that listening to each other is really important and essential to the growth of a band. This may seem really obvious but I don’t think it is practiced enough. Many times I think we get sidetracked by what we hear in our heads or what we think we want to hear when we play and that keeps us from really listening to each other and the sound we actually are creating. 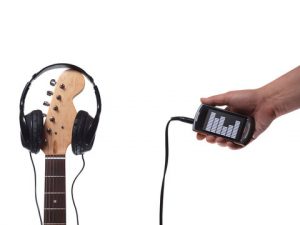 Playing together as a group requires some deep level of communication and agreement about what will be produced. Sometimes this is talked about and worked out in advance but most of the time it comes out of hard work and practice.

I have been playing with my buddy Fitz for well over a decade now in a whole variety of contexts and I feel as if I am just now getting beyond my consciousness of what I am playing and getting to the point of listening to the whole sound we are producing. This goes pretty deep!

For example, when Fitz says he’s going to play in A, I really know that he means G. And when he says he is going to do a certain progression in the ninth measure, I know he really means the twelfth. This doesn’t mean that Fitz is nuts (well… really he is, but don’t tell him that!) or that he is a bad communicator. I just know through playing with him what he means and I know how I will respond. Some might call this “feel”, but really it is about listening. It is through this listening that real music can happen.

It sounds easy but there is real work behind this skill. As a guitar player a large part of this work is figuring out how to fit your playing in with another’s and not sound like you’re doing exactly the same thing (unless, of course, that is the sound you’re going for!). The guitar is a fantastic instrument because there are so many ways to play the same thing, It is essential to know many different inversions to chords up and down the neck so you can fit your sound into the overall sound of the band.

Think about your standard, open-position G chord. Now try to think of all the other ways you could play that very same chord all the way up the neck. They are all G but they are all unique in their tonality simply because of where they are on the neck and which note preceded the others in the stack. This comes in handy when you are playing off of others in the band.

When my buddy goes up the neck, I try to go in the other direction so that I won’t step on his toes. Staying out of each other’s way requires listening! When the sound gets really thick and muddy, I know something’s up. This is something Amos Garrett dubbed “The Lurch” – where most/all band members are playing the same thing. Unless you mean to do it, it generally doesn’t sound too good.

I learned a lot of this lesson the hard way. Way back in the 1990s I was recording an album with a band I was in and it was the record that was supposed to make us “big”. We had good material, a great singer, and really top notch musicians. In the studio, the other guitar player, someone I felt was much better than myself, kept showing me different bits he intended to lay down as tracks on a song.

They were all really good and I started feeling like, “What do you need ME for!?!” I really started to puzzle out what I was going to do and it was hard! I had to listen close to what the song was doing and find inversions and pieces that would fit in the tune and stay out of the way. When I listen back to it today, I am pleased with what I came up with as it accented the sound of the whole band rather than just stand out to be noticed. Too bad that band didn’t make it! But that’s fodder for another story…..