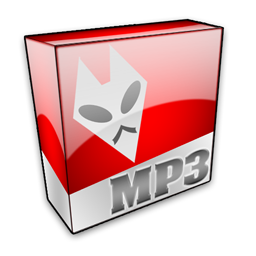 Recently U2 manager Paul McGuiness went on a tangent not uncharacteristic of himself regarding the expansive world of pirating MP3s.  In a nutshell McGuinness has been working for a few years to get various ISPs to take a stand against the whole piracy kick.  The big wig ISPs have agreed to sending out alerts for copyright violation basically to tell people they see them pirating.  Proportionate actions would be taken for repeated offenses as well.

So it’s a bit more reasonable of an approach versus the old days of shot from the hip and file a huge lawsuit at a few random people.  McGuinness had commented it’s been taking forever to get it rolling and it will probably take a bit more time to get it really moving, but honestly I’m a bit surprised it’s taken this long.

Me, I’m skeptical.  I think it’ll probably deter a lot of people, but in the long run I’m guessing people will still find a way.  As Pablo Navarro had famously said, “Sure, the boys in Ryan’s labs can make it hack-proof.  But that don’t mean we ain’t gonna hack it.”  There’s some truth to that.  Anyone that has been on the internet for more than a day has come across at least one person who’s so in favor of piracy you’d swear he’s at home wearing an eye patch and typing with a hook.

Of course whether or not I agree with it is a whole different debate.  Me I say good on them.  Anyone that’s grown up with the internet has heard every possible explanation why piracy should or should not be stopped.  I think perhaps the biggest problem they have with making more of an impact is the people that are primarily heard speaking out.  When bands like U2 or Metallica (to make a predictable example) speak out people always seem to start thinking about their money then analogies likening them to Wal-Mart start coming out, things get said, feelings get hurt.

I would argue a better approach would be to get the less than household names to speak up too. U2 is a rock band from the 80s.  They’re established and they’re going to get money when they do something, for sure, be it do a European tour, release an album, or appear in some stupid iPod commercials.  The industry is comfortable with them and confident that profits will follow.

For a lot of solo artists, metal bands, or anyone that makes a living playing jazz they don’t bring in millions from a tour and actually rely on sales to help get booking.  If agents see they don’t sell (take a guess why) then they don’t get booked and don’t go on tours which is where bands make the most of their money.  This is why people that make a living in music are typically so busy.  Because if they stop doing anything they starve.

So if you want like a band’s music support them. If you want to stick it to the record labels do it the legal way.  Buy CDs over MP3s.  Why’s that?  Because they’re phasing out the material CD in place of the intangible MP3 to maximize profits so they don’t have to spend the money on manufacturing anymore.  Why does it matter?  Because I like having something physical when I spend money and I’m still bitter because I had to buy the Mass Effect 2 soundtrack as MP3.  I know what you guys are up to and I don’t care that this tangent isn’t going to make a dent in your marketing team’s plot for world domination.

Yeah. I understand that the majority of the opinion expressed isn’t a one size fits all scenario. I’m not saying people should agree with me. Honestly I often enjoy it when people disagree with me.

My main issue with the whole piracy debacle is the fact that if I buy a CD, most of the money will never reach the artist. The figures I’ve heard have put it around 12-18%. So for a 10€ CD the artist would get at most 1.8€, while the label usually takes 25-30%, roughly twice as much. If I could pay straight to the musician I’d have to get a storage building for all my CD’s.

However, as long as Sony, WB or any of the other large labels are in the market, I refuse to buy CD’s. I’ve however bought from youtube-artists and such when I’m sure they have no ‘large backing’ as that is paying for talent. Paying a large international company and hope something trickles down feels fake to me.

i agree with you Tom! i have also invested in some youtube artist that are trying it alone.