The best shred, blues, jazz and rock guitar albums we were treated to this year

It’s that time of the year again.  You know what time I’m talking about.  The end of the year.  The time where top 10 lists of editors’ picks of albums, effects, and/or musicians start sprouting up like the hair on my neck whenever someone says “Soundtrack to Your Escape was a good album.”  And why should we pass up on the chance to embrace such a gimmick?

Here is our top 10 best guitar albums of 2011, complete with album covers (click to enlarge).

Back to basics. The much anticipated album created quite a bit of excitement in 2011 – and it’s well deserving of a spot on this list. Featuring Joe Bonamassa on guitar, Jason Bonham on drums, Glenn hughes on vocals, and Derek Sherinian on keys, this album is a true journey for the listener.

You might think you hear AC/DC at times, Soundgarden at other times and it only makes sense – Deep Purple as well – without lacking originality in any way. 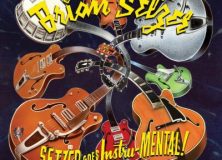 You know what rocks about Brian Setzer?  Everything, but I’m not here to talk about everything.  I’m hear to talk about Setzer Goes Instru-MENTAL (I presume we’re supposed to scream “mental” when reading the title aloud).  Brian Setzer’s been notoriously great at keeping those older rockabilly and swing sounds alive and kicking and here is no better a demonstration than anyone could ask for.  If you ever cross paths with some old fogie that claims they just don’t make music like they used to you can safely retrieve this from your all-purpose bat-utility belt and shove it in their face and scream “MENTAL” at them.  They’ll thank you for it. 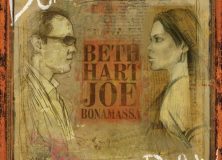 From Beth’s super silky vocals and Joe’s flawless guitar work – it is a marriage of forces that should have happened a long time ago – and we hope will happen again soon! It’s another album Oscar has reviewed, and you can find that here: Beth Hart and Joe Bonamassa – Don’t Explain 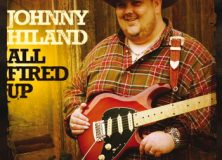 If there is any description appropriate for Johnny Hiland’s All Fired Up it would simply be “good music.”

One of Hiland’s strongest assets (if not his greatest) is his ability to play as many different styles as he can with such proficiency.  His technique is spot on, his melodies are built with a tasteful selection of tones which equates to good, fun, wholesome music.  What more do you need?

Here is The Smitchens’ review on All Fired Up.

Perhaps Mike Portnoy’s leaving the band better suited Dream Theater for the sake of marketing alone.  When word got around that he was leaving suddenly all eyes went to Dream Theater to see what they could pull out of a hat next.  The bar had long been set plenty high enough to automatically disqualify most drummers, but when A Dramatic Turn of Events came out most people felt revealed that Dream Theater was still largely Dream Theater.  Of course it was.  Only one member changed, so the primary direction of song writing would remain.  Perhaps that held the album back from being ultimately something more, though.  While greatness was what shined through, a style we’ve come to be very familiar with has equally shone. Here is the Smitchen’s take on A Dramatic Turn Of Events 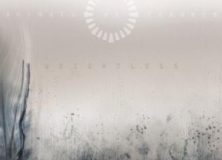 Intense. Practical. Two guitarists and a drummer. Tosin Abasi recorded the first album largely by himself, but this time around did it with a band.

From this list alone, Take T-Mac, Dream Theater and The Aristocrats, and something else undefined yet magical, and you’ve got Weightless.

This is another one that rose higher and higher on the list the more we listened to it. Well worth checking out – and absolutely one of the best guitar albums of 2011. 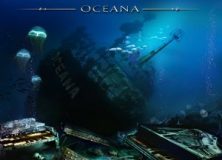 This is a great fusion album. Derek Sherinian knows how to write brilliant songs and put together a team. You’re treated to Joe Bonamassa, Doug Aldrich, Tony MacAlpine, Steve Stevens, and Steve Lukather.

Oscar provided us with the skinny on this album a few months back – here is the review: Derek Sherinian – Oceana 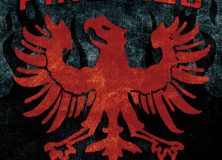 This album started pretty far down on our list – until we sat down and listened to it again. It started to creep up the list pretty quick.

True, gritty, blues with shining production by Eddie Kramer. Michael’s voice will take you places as it weaves around his guitar work – which will leave you feeling exactly like a blues record should. Check out Oscar’s review on Fire Red right here: Micheal Williams Band – Fire Red 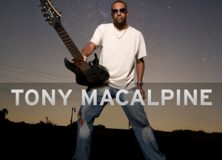 Tony is one of the few “virtuosos” that I can say really brings freshness to the craft for me, on a regular basis – and by that I mean with every album. His self-titled 2011 release was no different, and before we even heard the album we knew we had to set up this interview with Tony MacAlpine. We checked out the album, got our socks knocked off by it, then did the interview with Tony, where he talked about the album, gear, and more. We also have a review on this alum here: Tony MacAlpine – Self Titled 2011 Album 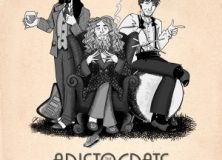 When Dave wrote about this album for Guitar-Muse I’ll admit, I hadn’t heard it yet. I knew the individual band members – and I’d watched with great interest as Marco Minnemann auditioned for Dream Theater, and I knew The Aristocrats existed, but that was about it.
Dave Willard only writes for us when something inspires him, so that fact in itself plus the sheer skill of the musicians involved, got my attention and I went to Amazon and downloaded the album.

Holy cow, folks. This album is phenomenal. I’ve been listening to it on at least a weekly basis since then, Thanks Dave! Check out his review right here: The Aristocrats Album

It was really hard to make this list. The hardest part is ordering a list of albums based on an instrument rather than a style – because you can’t really compare blues elements with jazz or rock without being a bit unfair. But we did the best we could and even if you disagree with the order, I’m sure everyone can agree that these are 10 albums that came out in 2011.

It is interesting to note that many of these albums have some of the same musicians playing on them – we’ve got Bonamassa on three of them, Tony MacAlpine on two – Sherinian on two – it seems this years list was at least in some way supported by a few very hard working individuals. So go out and support those guys, get these albums – they’re all amazing.

And those are our picks for the best albums of 2011.  Think we’re spot on and couldn’t have devised it more tastefully?  Email The Smitchens and congratulate him for a job well done.  Think we’re off our rockers?  Email Jameson and give him an earful.  Think we’ve missed something?  Swing by our Facebook page and brazenly scold us.  In the meantime we’ll be here peacefully waiting.

make one for best bass albums 😀

Anything with Les Claypool, Billy Sheehan, or Victor Wooten on it. In no particular order.