Why Are Guitarists So Strange?

The Class Clown of Music

I’m sending out smoke signals here. I can’t be the only one that inherently sees guitarists as the screw loose of the greater spectrum of musicians. Or at least people that play in guitar-driven bands be it the guitarist or the other members whom catch the contagious peculiarities that I’m basically blaming the guitarist for here. I have no hard, scientific evidence or any grand theory here. I’ve just come to know myself and my eccentricities quite well and very often I can see a bit of those traits shared among guitarists everywhere.

So join me for a moment as we view from afar the spectrum from the level headed and down to earth to those that seem to come from their own fifth dimension. A place as vast as space and as timeless as infinity. A place I like to call the Guitarist Zone.

Guitar bands have a long history of seemingly going out of their way to add as… how to say… unique of a twist on their aesthetic appearance as possible. Which is fine by all means, but I’m not going to sugar coat it. Sometimes the sense of style does get a bit out there.

What Decade Are You In?

Have you ever noticed how some guitarists seem like a walking time capsule of decades since passed? It’s as though at no point over the course of the fleeting years have they opened up their closet and said, “you know… maybe shoulder pads have actually gone out of style.”

Take Yngwie Malmsteen and Michael Angelo Batio for example. Just because the 80s was 30 years doesn’t mean they’ve gone out of style. Poofy hair and mullets are the most defining statement of what true fashion is. Ever. And entire outfits made out of nothing but leather? Hat’s off to Manowar for keeping that in style. At least since they retired the loin cloths. You want to talk about something that’s been a passed fashion trend for a few centuries now. 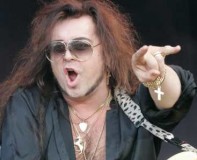 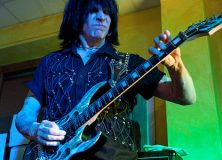 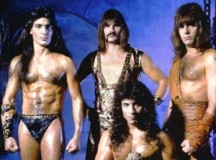 Perhaps this part is a bit unfair to include because a lot of guitarists with this problem have since shaved their heads, but I remember back in the mid 2000s there were some guitarists that were almost as well known for their receding hair line as they were for the music they played. Nile’s Dallas Toler-Wade, then Cryptopsy guitarist Alex Auburn, and Devin Townsend all had the best of both worlds metal hair trends.

For whatever reason these simultaneously bald, yet long haired individuals always surfaced in topic at the least for their persistence to defy genetics and keep as much long hair as they could for as long as possible. 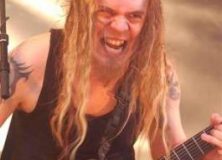 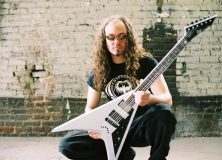 And then there are the guys that, were you not properly informed in advance, you would swear are heading out for a medieval battle as opposed to going and performing at a concert. You just don’t see anyone from any other genre do stuff like this let alone bands that don’t even have guitars. 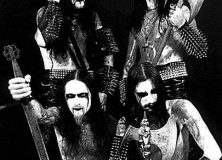 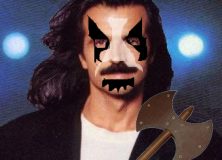 Something you don’t get from other instrumentalists is the desire to turn anything you can find into a guitar. When was the last time you saw someone make a violin out of a Nintendo? Or how about a grand piano out of cigar boxes? Or, dare I say, a saxophone out of oil cans?  The guitar seems to have a monopoly on being fashioned out of anything, and I do mean anything some people can get their hands on.  Who looks at a toilet seat and thinks “guitar if I’ve ever seen one”?  It’s as though there’s some deeper, more sinister subconscious mentality imbued in the guitarist’s mind that the world would be better if everything were a guitar… which is a sound philosophy if you ask me. 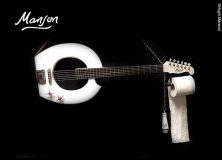 Ok, so I wasn’t entirely sure how to do this section justice with the title alone, but some guitarists’ music does all the talking about their peculiarities for them. Can anyone not listen to anything Frank Zappa has done and get the idea that had his career in music not panned out his backup plan would have been a mad scientist?

Zappa’s just the tip of the ice berg. Let’s bring Baby Gramps into this. Baby Gramps is what happens when that crazy guy that sits in his rocker across the street gets sent out on tour. When most people adopt the mannerisms he shows when playing they’re convulsing in a hospital. When he does it it’s his own personality doing whatever it takes to get out.

And let’s not forget the tools we use when playing the guitar. Raise your hand if you’ve found yourself strumming the guitar with whatever nearby trinkets you can find. Kind of like what Fred Frith did on Guitar Solos. Fingernail clippers, USB flash drives, pieces of broken glass, violin bows, or maybe even violins as Nigel Tufnel made famous.  Just out of the curiosity of how it sounds. Guitar is fortunate in that its sound can be so easily influenced by the tools we play with and that has opened floodgates for experiments on top of experiments. I mean. When was the last time someone played a violin with a guitar pick? Maybe violinists would be stranger too if they’d sacrifice their ability to sound good in favor of audio madness. 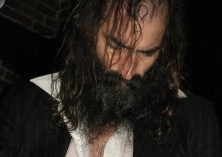 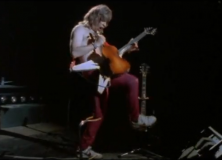 So… guitarists are a strange bunch and the people that linger around them have a touch of madness themselves. So I have to ask… why? Does the guitar drive us to madness or are we already infected and just seeking the proper tools to vent it? Hell if I know. I’m in a band called Hulk Big Knife. And not to mention the influence my father (also a guitarist) had on me growing up. To say the least sometimes it amazes me how his mind works. With that in mind I don’t think I’m fit to be the voice of reason here.